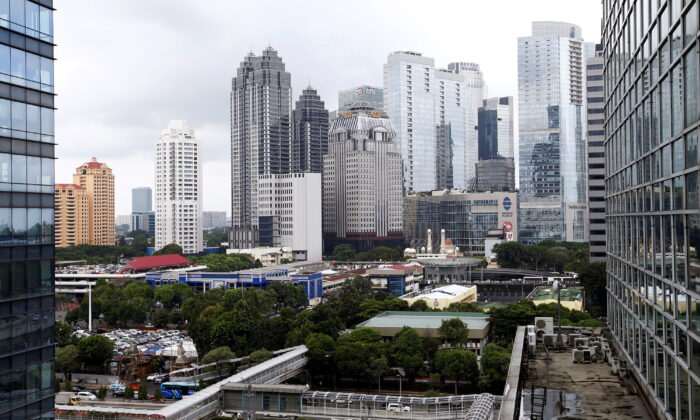 Nothing in the global balance seems certain as 2022 evolves. Certainly not in the Indo-Pacific, where China hovers between the hope of strategic growth abroad and the reality of economic contraction at home.

Indonesia, in particular, is impacted significantly by China’s fortunes, whatever the Chinese Communist Party (CCP) does in the Indo-Pacific, or domestically. But under almost any circumstances, Beijing seeks to expand its influence in Indonesia because of its control of resources and vital sea lanes.

And Indonesia—if it is to keep its economy expanding in a world facing economic disruption—continues to see China as its best hope for large-scale foreign investment.

Indonesian President Jokowi “Joko” Widodo faces massive economic challenges, particularly with his January 2022 decision to move the capital from Jakarta to East Kalimantan province in Borneo—800 miles away—to a planned city to be called Nusantara. The move was projected to cost 466-trillion rupiah ($32.4 billion) but may ultimately cost 10 times that much.

Indonesian politicians and national security officials were aware that if the move required the government to seek Chinese financial support, then any hope of meaningful resistance to Beijing’s strategic demands would diminish. But China may not be able to afford such a major project financing commitment, despite the leverage it would give Beijing. Japan’s SoftBank—which had indicated an interest in financing the new city—withdrew from the project in March 2022.

It may also prove too expensive for Saudi Arabia. But something must be done quickly to relieve pressures on Jakarta. Much of the present capital’s land is subsiding, and pollution and congestion have become untenable.

The United Arab Emirates offered $10 billion for the new capital, but more than 50 percent of the budget would now likely come from the Indonesian government. This would significantly strain other budget areas, particularly defense, which already gets a lower portion of the budget than in other ASEAN states or Australia.

Meanwhile, the ruling Indonesian Democratic Party of Struggle (PDI-P) has hinted that it would seek a constitutional amendment to extend Jokowi’s term beyond 2024. House of Representatives (DPR) Speaker Puan Maharani, 48, daughter of former President Megawati Sukarnoputri (2001-04), was even forced last month to deny rumors that she had been offered the chance to replace Jokowi’s current vice president, Ma’ruf Amin, if an additional term could be found for the president.

The Asia Times said on March 29 that “divisions within the PDI-P [over whether to seek an extra term for Jokowi] stem in part from friction between supporters of charismatic Central Java Governor Ganjar Pranowo, 53, a party functionary, and those of Maharani, fed largely by the yawning lead Pranowo has over her in presidential opinion polls.”

Megawati still exercises considerable authority over the 128-seat PDI-P, the country’s biggest party, although her relationship with Jokowi has often been rocky. It has been speculated that Megawati, daughter of the late President Sukarno, was anxious to see the family continue to control the presidency. However, Puan Maharani has been rumored to have been in ill health during the past year.

All of this begs the question as to where Indonesia is going with its defense spending, especially compared with Australia, and especially in light of the question of whether Australia and Indonesia could work together to constrain China militarily. Or whether Indonesia becomes in thrall to Beijing. This may have been of less concern to Canberra a decade ago, but under Jokowi, Indonesia’s defenses have been entrusted to former Gen. Prabowo Subianto as defense minister.

Minister Prabowo inherited a military force that was, in his own words, “very weak,” and even by the financial year 2021 budget, he had managed to only increase defense spending to 0.78 percent of Indonesia’s GDP.

Prabowo, although concerned about Indonesia’s ability to patrol its extensive exclusive economic zone (EEZ), has indicated that he felt that incursions into Indonesian waters by the Chinese regime were not a major threat because of the sound Indonesia-China economic relationship. Indeed, China remains Indonesia’s second-biggest investor and largest trading partner. So whether Beijing becomes an investor or not in Nusantara, it will retain a dominant position of influence.

The civil war in West Papua continues to escalate. The case Papuans make about the illegality of Indonesia’s seizure of the territory in 1963, when Dutch colonial forces withdrew, is also gaining greater international support and attention.

Several days later, attackers from the West Papua Liberation Army, the military wing of the Free Papua Organization, shot and killed an Indonesian soldier and his wife and injured their two children in an assault in the Yalimo district of Papua. Indonesian and Papuan deaths are being reported almost daily.

This war will not go away, but the province’s gold and energy deposits are now the cornerstone of Indonesia’s wealth. The United States began its exploitation there, but China needs the resources and the wealth they create for Beijing and Jakarta—but not for Papuans.