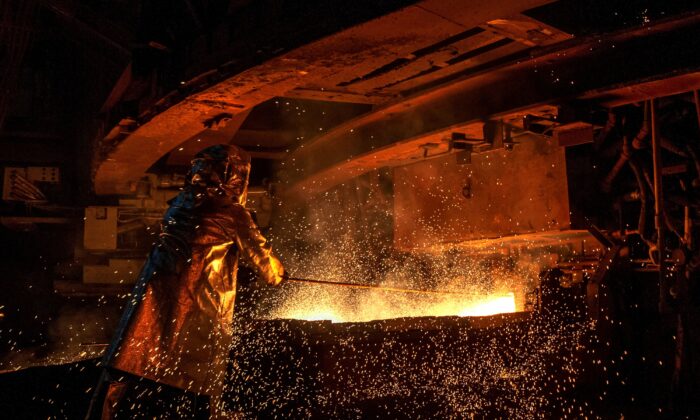 Indonesia’s president said Thursday that his government is considering imposing a tax on nickel exports this year to increase revenue and promote higher-value local manufacturing.

The nickel export tax is intended to “add value” to Indonesia, raise state revenues, and create more job opportunities for Indonesians, President Joko Widodo said in an interview with Bloomberg.

“That’s what we want also with bauxite, copper, tin, crude palm oil, and others,” Widodo was quoted as saying by the news outlet. “We are not being closed, we are being open indeed.”

Indonesia, once a major nickel ore exporter, banned exports of unprocessed nickel in 2020 to attract investment into its smelting industry. But most development has gone into producing nickel pig iron (NPI) and ferronickel, which have relatively low nickel content.

Widodo did not specify when or how much nickel exports will be taxed. But a senior government official said on Aug. 1 that the government planned to issue a nickel export tax policy in the third quarter of the year.

Septian Hario Seto, the deputy coordinating minister for Maritime and Investment Affairs, said that Indonesia will tax NPI and ferronickel based on the price of nickel price and coal, which is used in production as an energy source.

Seto said the government is also reviewing the need to limit the number of smelters producing NPI or ferronickel, which currently have a combined installed capacity of around 1.3 million tons of nickel content output.

The government is also looking to downstream other raw materials. Widodo said in his national address on Tuesday that increasing downstreaming would help to shield Indonesia from exchange rate fluctuations.

“After nickel, the government will also encourage downstream industry for bauxite, copper, and tin,” the president added, according to a local news agency.

The government is keen to take advantage of Indonesia’s large deposits of nickel to eventually produce batteries for electric vehicles (EVs) and also to assemble EVs at home.

Indonesia had secured investment deals from South Korean investors such as LG and Hyundai to produce batteries and EVs. Widodo is also keen to persuade Tesla to invest in the country and met with its founder Elon Musk during a recent visit to the United States.