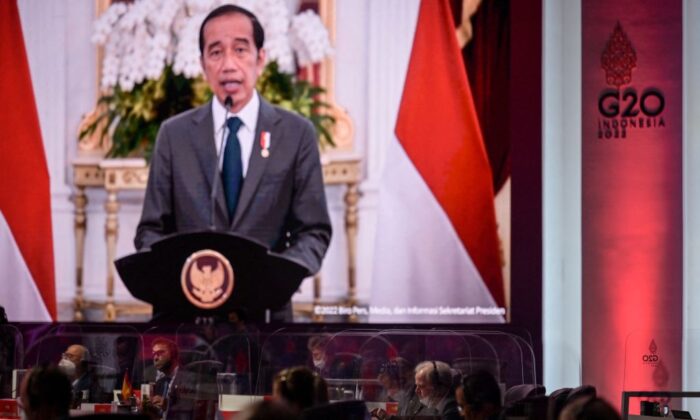 Indonesia will seek more financing from China to cover most of the $2 billion in cost overruns for the Jakarta-Bandung high-speed rail project, which is part of Beijing’s Belt and Road Initiative infrastructure plan, local media reported, citing a project official.

The 88-mile (142-kilometer) rail project connecting Jakarta and Bandung was projected to cost roughly $4.57 billion when it was awarded to a consortium of Chinese and Indonesian state firms—namely PT Kereta Cepat Indonesia China (KCIC)—in 2015. But costs have since ballooned to about $7.9 billion because of escalating raw material prices and other unforeseen costs.

According to Indonesian news agency Tempo, Dwiyana Slamet Riyadi, president director of PT KCIC, said on April 21 that while consortium shareholders have “the obligation” to cover the cost blowout, additional parties may be necessary to assist in securing funding.

“If PSBI [PT Pilar Sinergi BUMN Indonesia] and Beijing Yawan HSR have difficulties to finance the [extra spending], the two of them can seek help from funding institutions,” Dwiyana said.

He said the Indonesian government had proposed in several meetings to use the same financing structure as their initial agreement, with the China Development Bank (CBD) covering 75 percent and the consortium covering 25 percent.

“Certainly, the first to be offered is the CBD, the lender that has been financing 75 percent of our project,” Dwiyana said.

The high-speed rail line faced bad news for investment return in January after Indonesian President Joko Widodo announced that the government would be relocating the nation’s capital from Jakarta to East Kalimantan in 2024.

In February, Dwiyana estimated that it would now take 40 years instead of 20 years for the rail line to break even, with proposed ticket prices ranging from 150,000 rupiahs ($10) to 350,000 rupiahs ($24)—a price out of reach for many Indonesians.

He said the expected demand for the railway has dropped to just 31,215 passengers per day from a previous estimate of 61,157 because of the capital moving out of Jakarta.

“Looking at the investment value, the number of passengers, and ticket prices, it’s very difficult to follow the earlier feasibility study where the assumption of a return on investment will occur within 20 years,” Dwiyana said.

The project was launched in 2018 after nearly three years of delays over land ownership disputes and questions over its economic and environmental impact. Construction also ceased during the early months of the COVID-19 pandemic, when restrictions affected the movement of Chinese laborers and managers.

KCIC said the construction progress had reached 80 percent as of the end of 2021, with targeted completion in June 2023.