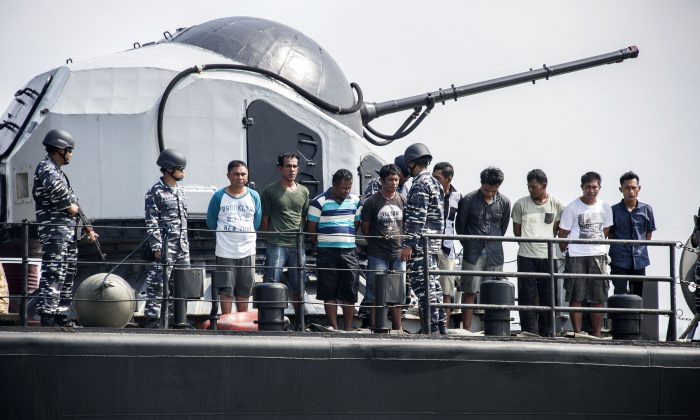 While not an official claimant is the South China Sea disputes that were the subject of a U.N.-backed court ruling made July 12, Indonesia has been watching events in the region closely.

On July 13, Indonesian defense minister Ryamizard Ryacudu told AFP in an interview that to ensure better defense of the Natuna islands that lie at the southern extreme of the South China Sea, his country’s military would deploy ships, anti-air missiles, drones, a radar facility, and an F-16 fighter jet to the area.

The buildup would be complemented with the construction of new ports and upgrades to an airstrip, and is scheduled to be completed over the course of a year, the retired general said.

Indonesia does not have any claims to the South China Sea, and does not maintain official maritime disputes with the Chinese, who claim nearly all of the strategic body of water. But Chinese claims do overlap with Indonesia’s 200-nautical mile exclusive economic zone around the Natuna islands, as occasional clashes involving Chinese fishermen and Indonesian authorities remind from time to time.

The Hague ruled on July 12 that China’s claims in the South China Sea are invalid. Chinese authorities responded with defiance of the court, and accused countries involved in the dispute of creating a “cradle of war.” Chinese vice-foreign minister Liu Zhenmin also threatened to establish an air-defense zone over the region.

Indonesia is diplomatically unobtrusive, but has been growing more vigilant on its northern frontiers and quietly building up its military capabilities. In June, its navy held a 12-day naval exercise in the South China Sea that included five combat ships and a supply vessel.

The same month, the Indonesian President Joko Widodo and his cabinet sailed on a warship to visit the Natuna islands in a show of force meant to confirm Indonesia’s sovereign waters.

In March, an Indonesian vessel apprehended the nine-man-crew of a Chinese fishing boat. A Chinese coast guard ship responded by ramming the fishing boat, which forced the Indonesians to untether it.

In June, a corvette of the Indonesian Navy fired upon a group of Chinese fishing boats, and injured one crewman. One vessel and six people were captured while the others fled the area, Jane’s Information Group reported.

For several years, Indonesia has been in talks with Russia regarding potential purchases of the latter’s Kilo-class attack submarines. Indonesia also recently acquired several German-designed and South Korean-upgraded submarines of the Chang Pogo type, Jane’s reported.

The Jakarta Post reported that in a meeting between the Indonesian and Russian presidents this May, the Indonesians expressed interest in buying state-of-the-art Sukhoi Su-35 fighter jets—a design also coveted by China.

“This will be our eyes and ears,” defense minister Ryacudu told AFP of the proposed deployments. “So that we can really see what is happening in the Natunas and the surrounding area in the South China Sea.”

“It is our front door, why is it not guarded?”