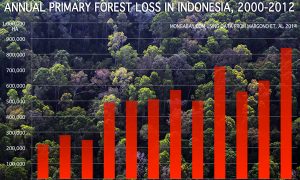 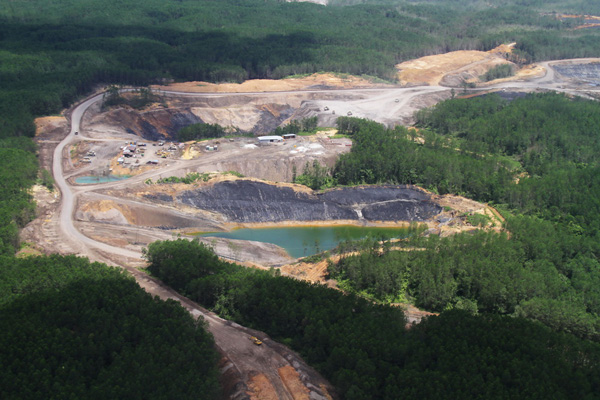 Reclamation of over 830,000 hectares of abandoned mines has yet to begin in East Kalimantan, Indonesia–despite a provincial law passed over a year ago mandating the formation of commission to oversee the process. A report by the Indonesia Center for Environmental Law (ICEL) says the stalling continues to result in negative environmental, health, and economic impacts.

“If this is allowed to continue,” said Dyah Paramitam, a researcher for ICEL, “then in 5-10 years, the government will be stuck with the reclamation and post-mining issues. The funds for cleanup will drain the state budget when it should be the obligation of the companies responsible.”

Over 1.4 million hectares of East Kalimantan province have been disturbed by mining. As companies expand and move to new areas, they often leave behind sprawling, un-reclaimed pits which fill with polluted water posing health and environmental hazards to the local population. In Samarinda, toxic runoff from coal mines has destroyed crops while several children have died after falling into unstable pits.

Currently, there are only 18 inspectors tasked with monitoring 1,223 mines operating in the province.

In November of 2013, the East Kalimantan government passed Bylaw No. 8, which called for the formation of of Indonesia’s first Regional Commission for Post-Mining and Reclamation–to be established within six months of the law’s passage. The group is to be tasked with sorting through the network of conflicting permits and conducting document verification, as well as investigating and reporting illegal activities.

However, one year on, the Commission has yet to be established. At best, those familiar with the process hope that a plan for the group’s formation will be submitted to the governor later this month–though, likely, no real action will be taken until some time in 2015.

This article was originally written and published by Loren Bell, a correspondent for news.mongabay.com. For the original article and more information, please click HERE.