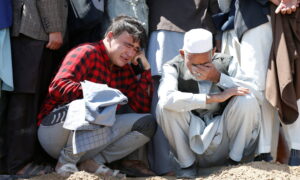 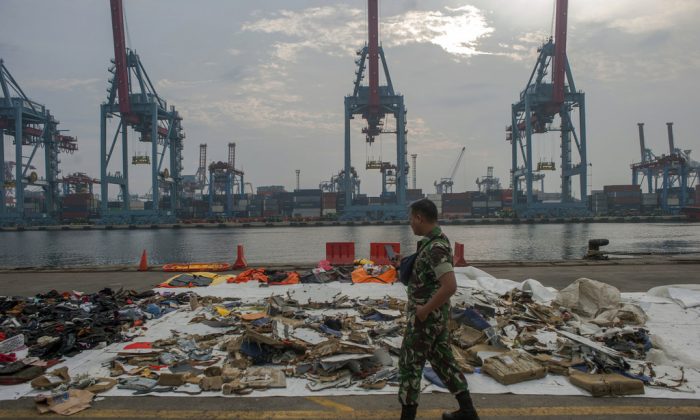 An Indonesian soldiers walk past debris retrieved from the waters where Lion Air flight JT 610 is believed to have crashed at Tanjung Priok Port in Jakarta, Indonesia, Oct. 31, 2018. (AP Photo/Fauzy Chaniago)
Asia & Pacific

TV stations on Nov. 1 showed images of the device which was transferred from an inflatable vessel to a ship in a large white container.

Two navy divers described finding the device and bringing it to the surface. One said the fuselage of the plane was also seen.

The Boeing 737 MAX 8 plane crashed Monday just minutes after takeoff from Jakarta, killing all 189 people on board.