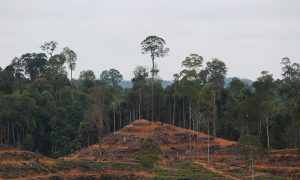 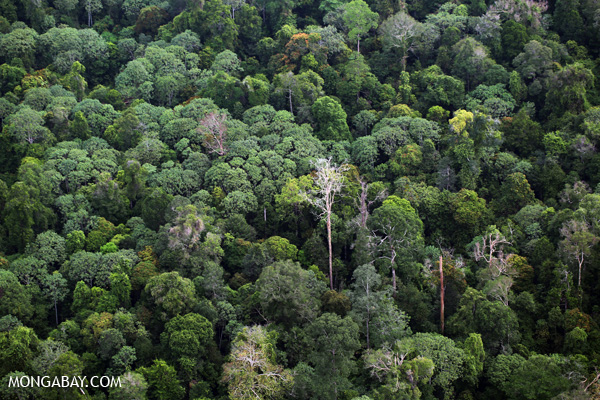 New Indonesian president Joko Widodo has ordered the Ministry of Environment and Forestry to review licenses for companies that have converted peatlands for oil palm plantations, reports Antara.

Jokowi, as the president is popularly known, announced the move after a visit last week to Sungai Tohor, a community in Riau that has been particularly affected by peatlands degradation and haze caused by fires set for land clearing.

“I have told the minister of environment and forestry to review the licenses of the companies that have converted peatlands into monoculture plantations if they are found damaging the ecosystem,” Jokowi was quoted as saying. “There is no new solution to the issue as everyone understands what must be done. This is a matter of whether we are willing to resolve the issue.”

Jokowi’s trip to Sungai Tohor came after a community member’s Change.org campaign asking the president to visit the village to bear witness to the haze garnered more than 27,000 signatures. Jokowi did more than show up for a token photo op, blocking a canal that was draining an area of peatland in order to clear it for a plantation, according to Greenpeace.

“We knew President Jokowi was serious right away. When bad weather aborted his initial helicopter flight to visit Manan’s village, the president cancelled an invitation to speak at a palm oil company conference in order to stay an extra day in Riau and wait for the weather to clear,” wrote Longgena Ginting, head of Greenpeace Indonesia, in a blog post. “By his words and his actions, the president showed his commitment to a new form of government. ‘We have to get strict with these companies, no more indulgence. Why should we let business make a prize of our natural resources while we stay silent?’ he said after his first flight was turned back.”

“When we arrived at a makeshift helipad in Sungai Tohor, the whole community turned out to meet the president. I stood with the local people as President Jokowi rolled up his sleeves, took off his shoes and socks and stepped into the waters of the canal. Taking up a plank and thrusting it into the bottom of the canal to seal the community-built dam, he said he didn’t want to see our nation’s forests disappear for the sake of acacia and palm oil plantations. ‘And peatlands can’t be underestimated, they must be protected because they constitute a special ecosystem, and it’s not only deep peat that must be protected, but all peat areas,’ he said.”

Greenpeace noted that Siti Nurbaya, the newly appointed Minister of Environment and Forestry who accompanied Jokowi on his visit, said her ministry would revoke the permit of a controversial plantation concession near Sungai Tohor. Local residents had been protesting the concession “for years”, according to the group.

Jokowi’s move came shortly after his government announced a four to six month moratorium on all new logging concessions. That prohibition goes beyond the 2011 nation-wide moratorium on new concessions across more than 14 million hectares of forests and peatlands.

Environmentalists have great hopes for Jokowi, who is a graduate from Gadjah Mada University’s School of Forestry. The president has pledged to clean up Indonesia’s notoriously corrupt forestry sector and reduce deforestation. But Jokowi faces strong opposition from entrenched interests in the logging and plantation industries and a difficult political landscape, making his mission a daunting challenge, but a critical one if Indonesia is to rein in its substantial greenhouse gas emissions from land use. The country’s rate of forest loss is now the highest in the tropics, outpacing that of the Brazilian Amazon, driving hundreds of millions of tons of carbon dioxide into the atmosphere each year and contributing to regional air pollution.

Deforestation in Indonesia is primarily driven by industrial activities, namely establishment of oil palm, rubber, and timber plantations. Logging, mining and small-scale agricultural are secondary causes of forest loss. Until recently, forestry companies have traditionally opposed efforts to conserve forests in Indonesia and therefore pushed for policies and approaches to law enforcement that enabled them to continue clearing forests. But there are nascent signs that business-as-usual may be changing. In recent months, a handful of largest palm oil and pulp and paper companies with extensive operations in the country — including Golden-Agri Resources, Asia Pulp & Paper, and Wilmar — have established zero deforestation policies for commodity sourcing. Some have even urged the government to adopt policies that forest conservation, a call Jokowi may be ready to heed.