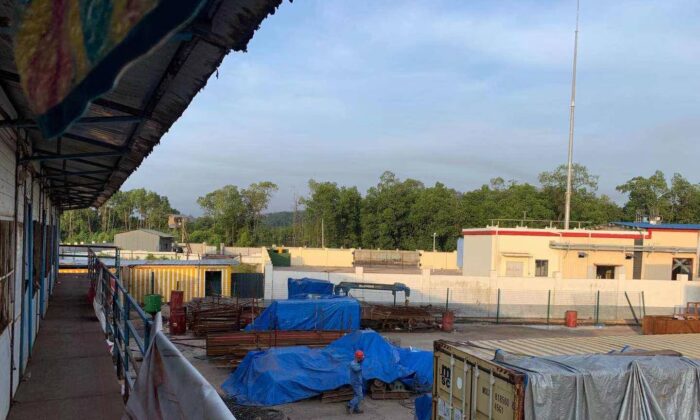 An interior area of the Chinese PT.OSS power plant in Kendari, Indonesia, in 2021. (Courtesy of Xiao Yonghong)
Asia & Pacific

The Indonesian government will gradually allow the resumption of coal shipments, with 14 vessels loaded with coal permitted to leave the port on Monday, a senior minister said, amid pressure from major buyers to revoke the country’s ban on coal exports.

Indonesia imposed a month-long ban on coal exports on Jan. 1, due to insufficient supply at domestic power plants, which raised concerns that it could lead to widespread blackouts.

Coal miners failed to meet the domestic market obligation (DMO) to sell 25 percent of their annual production to state-owned electricity company PLN at a maximum price of $70 per ton, which is well below market prices.

Coordinating Minister of Maritime and Investment Affairs, Luhut Pandjaitan, said the government will conduct a review on Wednesday in which if it decides to scrap the ban, it will do so gradually as it considers how the resumption affects compliance with the DMO policy.

“As of today, after seeing a much better supply condition at PLN, 14 vessels that have already been fully loaded with coal and have been paid by the buyers, can be immediately released for export,” Luhut said.

Luhut also noted that a new pricing structure will be established under the DMO to ensure that the PLN purchases coal at market prices.

The announcement came a week after some of its major buyers, particularly the Philippines, Japan, and South Korea, called on Indonesia to end the suspension of coal exports, citing the policy’s disruption on their economic activities.

The Philippines’ energy secretary Alfonso Cusi made an appeal to Indonesia on Jan. 6  to lift the ban “specifically to the Philippines,” Manila’s Department of Energy said in a statement on Monday. Cusi made the appeal in a letter sent to Indonesia’s Minister of Energy and Mineral Resources, Arifin Tasrif.

In his letter, Cusi stated that the ban would be “detrimental” to economies that are heavily reliant on coal-fired power generation systems, including the Philippines, which sourced 2.3 million metric tons monthly from Indonesia to fuel its coal-fired power plant.