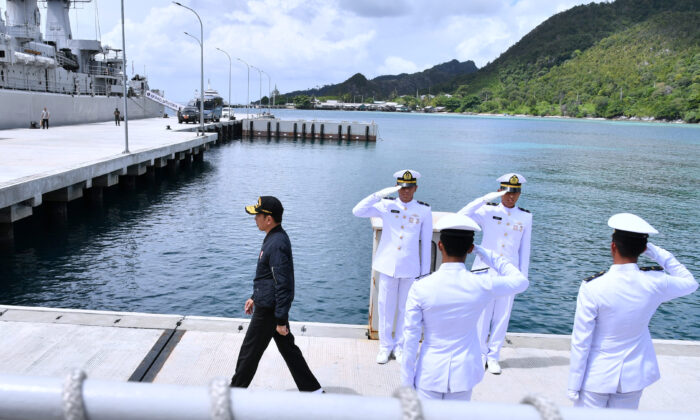 Indonesia Juggles China and the US

Indonesia is facing possibly its most difficult year as it attempts to balance vital relationships with two implacable rivals, China and the United States.

Each of these powers is attempting to force Jakarta to come down on its side, despite the reality that such a choice is virtually impossible for Indonesia.

Indonesia had to carefully navigate between Russia, China, and the United States throughout the Cold War. But in 2022’s new cold war, the two current main competitors—Washington and Beijing—are now pushing openly and firmly.

In response, Indonesia is moving toward projecting military-strategic power beyond its own island chain, capitalizing on its position astride one of the world’s most significant set of maritime chokepoints linking the Indian Ocean with the Pacific.

It sees an urgent need to do so, given competition and challenges from China, India, and Australia, as well as other member states of the Association of Southeast Asian Nations (ASEAN), and the global powers, even though all the challengers are also key economic allies of Jakarta.

While speaking at the Manama Dialogue in Bahrain in November 2021, Indonesian Defense Minister Prabowo Subianto emphasized strategic defense as a major focus of Indonesian planning. He stressed Indonesia’s desire to maintain equal distance from and friendship with the superpowers, while admitting the difficulties that Indonesia faces in hewing to its traditional nonalignment. The former general was also seen talking with Israel’s top diplomat in Bahrain, causing speculation about a possible warming of Indonesia-Israel relations.

Indonesia favors defense procurement choices that would free it from any single power dependency.

Jakarta is also keenly aware of the creation in September 2021 of the Australia-United Kingdom-United States (AUKUS) defense pact, but Prabowo played down the negative aspects of AUKUS for Indonesia. The pact’s primary mission of keeping China contained could reduce some pressures on Indonesia, ensuring that Beijing does not become too heavy-handed with it.

But pressures from Washington are making Jakarta’s ability to sustain its “nonaligned” status increasingly difficult.

Meanwhile, civil war escalates in Indonesian West Papua, which was forcibly incorporated into Indonesia in 1969 through an artificial referendum. This widely unreported war is not going away, and Jakarta fears that Australia and some other members of the international community will support an independent West Papua, just as they supported the independence of Timor-Leste (also known as East Timor) in 1999-2000.

The possible loss of the gold, copper, oil, and timber resources of West Papua, and control over the eastern part of the channel from the Indian Ocean to the South China Sea, gets to the heart of Indonesia’s major economic challenge in being able to achieve a viable strategic posture in the near future. It also faces rising economic expectations and a need to address major environmental concerns around the capital, Jakarta.

President Joko “Jokowi” Widodo, midway through his second presidential term (ending in 2024), is in a race with time. In some ways, he faces challenges similar to those of Turkish President Recep Tayyip Erdogan: dwindling economic growth and insufficient foreign direct investment and foreign currency reserves, challenged by the need to substantially escalate defense spending.

With a GDP approaching $1.1 trillion in 2021, Indonesia would seem well placed to begin to surge its regional influence in economic, political, and military terms. Neighboring Australia’s 2020 GDP of $1.331 trillion seems almost static as Indonesia’s economy surges, albeit still not comparable with Australia’s per capita GDP (given that Australia’s population is 25.6 million, against Indonesia’s 273 million).

Indonesia’s main challenge, however, is the fact that it has a geographically extensive and geopolitically complex domestic security framework that has kept the Indonesian Armed Forces (the TNI) preoccupied with home challenges. As a result, the TNI became focused on domestic security and the protection of sovereign waters, and with no experience in coalition warfare that would give the TNI the requisite experience to project military power effectively.

But now Indonesian defense has to become one of forward projection, at least to a limited degree to keep the China’s People’s Liberation Army at bay where the South China Sea meets the North Natuna Sea.

To help achieve this, Prabowo held meetings in December 2021 with service chiefs of staff to discuss modernizing the country’s primary weapons systems.

The Air Force, meanwhile, has opted—under serious U.S. pressure—to back out of a $1.14 billion deal to buy Russian Sukhoi Su-35S advanced combat aircraft, and instead had narrowed its choice to the U.S.-made Boeing F-15EX Eagle II or the French-made AMD Rafale.

Most interesting to Indonesia’s neighbors, however, would be the extended payload and range of the F-15EX.

Fadjar indicated that the Air Force wanted “two to three squadrons” of new combat aircraft and said that it was “with a heavy heart” that the Force had abandoned hope of getting the Su-35S—an indication more of the pressure he received from the United States than the failure to achieve a deal with Russia.

Significantly, Washington—having removed Russia from the equation—would now work to eliminate the sale of second-hand French Rafale fighters, a deal which had reportedly been agreed by mid-2021. The Rafale deal would be less costly than the F-15EX.

This would just be the beginning. The Air Force has limited aerial refueling capacity (two converted, very old KC-130B Hercules but with two new Airbus A400M tanker-transports ordered in November 2021), and very little airborne surveillance and command and control assets, which must be the essence of an effective air force.

Meanwhile, Jakarta welcomes the increasing U.S. (and AUKUS) focus but it needs, in response, to heighten its search for a path between “two reefs” (the United States and China) so as to perpetually balance the great powers.

Widodo said in June 2021 that Indonesia planned to spend $125 billion over the next three years to upgrade and modernize its military equipment. This makes Indonesia an attractive target for U.S. and other defense equipment sellers.

Within this balancing act, the United States appears to be slightly in the lead, signified by Beijing’s angry responses to Indonesia during 2021 and Chinese projections into Indonesian waters with research and naval vessels. Meanwhile, the August 2021 U.S.-Indonesian annual joint military exercises, codenamed Garuda Shield, were the largest ever, involving 4,500 U.S. military personnel.

The TNI continues to improve its training with regional allies, as well.

Meanwhile, the race has begun to find a successor to President Widodo in 2024. Defense Minister Prabowo, who ran against Widodo in both the 2014 and 2019 presidential elections, is at this time the front-runner.