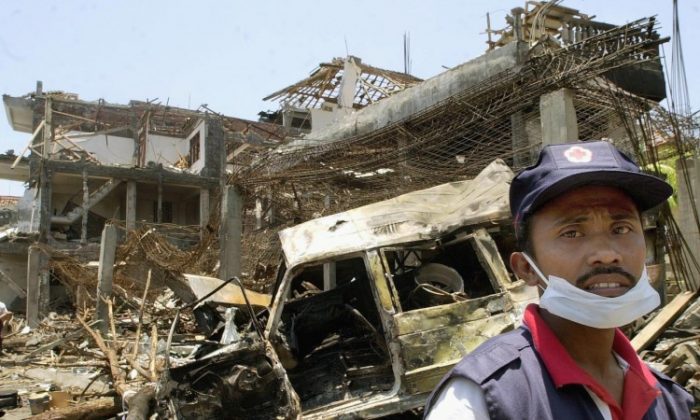 Indonesia’s law minister said the government will decide on the early release of the man who built the bombs used in the 2002 Bali terror attacks, despite opposition from the Australian government.

Umar Patek was arrested in Pakistan in 2011. He was later sentenced to 20 years in prison by an Indonesian court for his role in the 2002 bombings of two Bali nightclubs that killed over 200 people, many of whom were Australians.

Yasonna Laoly, Indonesia’s minister for law and human rights, said Tuesday that Patek met the requirements for parole based on a recommendation from Indonesia’s counterterrorism agency.

Patek received a 5-month reduction for good behavior and could walk free from Porong Prison in East Java province within days if he’s granted parole, which means he could be released ahead of the 20th anniversary of the bombings in October.

The decision to reduce Patek’s sentence has drawn backlash from several parties, including Australia. Laoly said that all input would be considered in accordance with Indonesia’s state institutions.

“We know there are objections. We are still waiting for another letter, I don’t need to mention which institution it will be from, but we will see,” he said, adding that his ministry would consider placing Patek in a deradicalization program.

His remarks came as Australian Prime Minister Anthony Albanese opposed Patek’s early release on account that it would cause further distress to the families of the 88 Australians who were killed in the bombings.

Albanese said that Patek’s actions were “abhorrent” and pledged to continue making “diplomatic representations” to Indonesia regarding Patek’s sentence and other issues.

“His actions were the actions of a terrorist,” Albanese told Australia’s Channel 9. “They did have such dreadful results for Australian families that are ongoing, the trauma which is there.”

Indonesia often grants sentence reductions to prisoners on major holidays such as the nation’s Independence Day, which was Wednesday.

Patek was one of several men implicated in the attack, which was widely blamed on Jemaah Islamiyah, a Southeast Asian militant group with ties to al-Qaida. Most of those killed in the Bali bombing were foreign tourists.