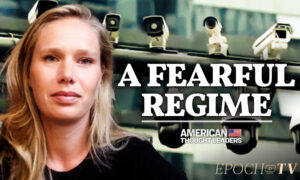 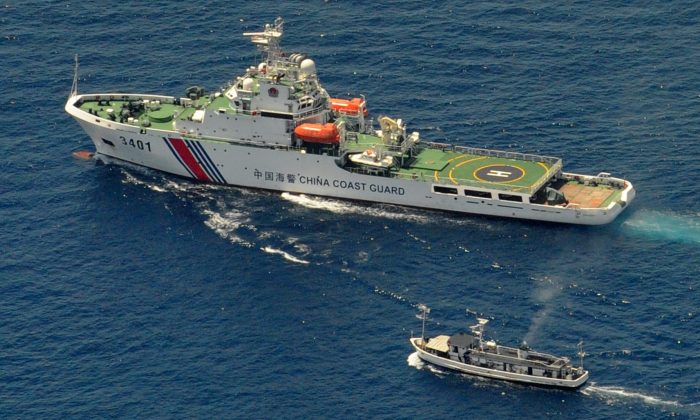 A China Coast Guard ship (top) and a Philippine supply boat engage in a stand off as the Philippine boat attempts to reach the Second Thomas Shoal, a remote South China Sea a reef claimed by both countries, on March 29, 2014. (Jay DirectoJ/AFP/Getty Images)
China

Chinese claims to the South China Sea clashed with Indonesian attempts to police their northern waters when a Chinese fishing boat and its nine-man crew were apprehended by an Indonesian vessel on March 20. The Chinese had been illegally fishing in Indonesia’s 200-mile exclusive economic zone surrounding the Natuna Islands, as reported by the New York Times.

But as the Indonesian authorities, who had taken the nine Chinese into custody, towed the Kuay Fey back to port, a Chinese Coast Guard vessel gave chase and rammed the fishing boat, the Indonesian Foreign Ministry said, in what appeared to be an attempt to intimidate the Indonesian sailors.

Indonesian authorities have expressed outrage at the incident, which mirrors a similar confrontation that occurred in March 2013, though the Indonesian response then was considerably weaker. The Chinese Embassy’s minister counselor in Jakarta was summoned and given an official letter of protest, and Indonesia’s maritime and fisheries minister Susi Podjiastuti, held a press conference and criticized the “arrogance” of the Chinese Coast Guard.

Hua Chunying, spokeswoman for the Chinese Foreign Ministry, said that China requested the immediate release of the detained fishermen and that the incident had taken place in “traditional Chinese fishing grounds.”

China is one of Indonesia’s biggest foreign trade partners.

“It is hoped that the Indonesian side would bear in mind the general picture of bilateral relations and properly handle this incident,” Hua said.

The Chinese regime has been building up naval, air, and coast guard forces in the heavily-disputed waters and islands of the South China Sea, where China’s “9-dash-line” claims conflict with those of all nations in the region.