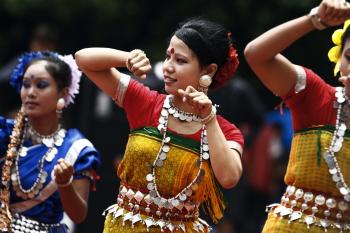 According to Ban, the 2007 Declaration of the Rights of Indigenous Peoples, designed to protect their language, religion, and traditions, has not reached satisfactory results yet.

“Indigenous peoples have preserved a vast amount of humanity’s cultural history … and have inherited and passed on a wealth of knowledge, traditions, and artistic forms,” Ban said.

“Indigenous peoples continue to see their traditional lands invaded by powerful actors seeking wealth at their expense, thereby depriving them of life-sustaining resources,” said James Anaya, the special rapporteur on the situation of the human rights and fundamental freedoms of indigenous peoples, in a press release.

Ban called on governments and civil society to reinvigorate their commitment to indigenous peoples and to raise their status in our modern society.