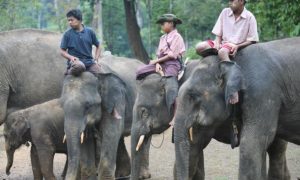 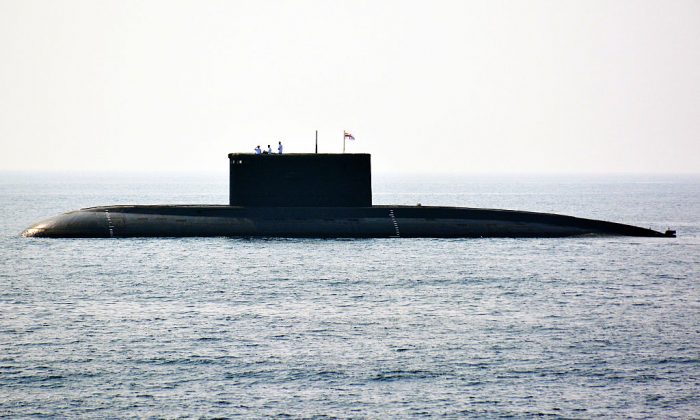 A recent military deal between India and Burma is intended to counter China’s regional influence, according to local analysts.

On July 29, India and Burma inked a defense agreement to boost bilateral military engagement, according to a report by The Economic Times. India would provide Burma with military training and maritime security cooperation.

The neighboring countries share a 1,640-kilometer (1,019 miles) border. The two are also separated by the Bay of Bengal, which is part of the Indian Ocean.

In a July 30 article, the Economic Times, citing unnamed sources, reported that India would transfer one of its Kilo-class diesel-electric submarines, the INS Sindhuvir, to Burma’s Navy for training purposes.

The submarine would be modernized by India’s state-owned Hindustan Shipyard, then transferred to Burma before the end of this year.

The transfer was made possible by a line of credit that India has extended to Burma to enhance its military capacity—part of extensive talks between the two countries in the past four years.

Saurav Jha, a former consultant to Indian business organization The Federation of Indian Chambers of Commerce and Industry (FICCI) and the current chief editor of Delhi Defense Review, penned an opinion article in The Print on Aug. 5 that explained India’s move.

“India’s willingness to transfer a frontline submarine when it is facing a shortage of such platforms reveals a desire on New Delhi’s part to consolidate the growing convergence in security interests with Myanmar [Burma],” Jha wrote.

Those interests lie at the Bay of Bengal, where one of Burma’s ports, Kyaukpyu, is being developed with Chinese investment, as part of China-Myanmar Economic Corridor (CMEC). The corridor is part of China’s foreign policy of One Belt, One Road (OBOR) initiative, rolled out in 2013 with the objective of increasing geopolitical influence, by building up trade routes linking China, Southeast Asia, Africa, Europe, and Latin America.

CMEC includes plans for a railway and highway that will connect Kunming City in the Chinese province of Yunnan to the Burmese cities of Muse and Mandalay, which are, in turn, linked to Burma’s port of Kyaukpyu.

“India cannot afford to let Kyaukpyu end up hosting a Chinese naval element given its location in the North-Eastern corner of the Bay of Bengal,” Jha wrote.

Burma too, is now wary of Chinese assistance. In the past three decades, China has been a major supplier of defense vehicles and military training.

But Jha pointed out that Burma’s neighbor Bangladesh, with which it has a number of diplomatic conflicts, including over the displacement of Rohingya Muslims, has increasingly turned to Chinese military supplies. In 2014, Bangladesh acquired two Type 035G Ming-class submarines from China.

As a result, Jha said that it was natural that Burma would reach out to countries other than China to “give it an edge.”

In addition, “Myanmar is extremely worried about the uninterrupted growth of the China-supported Wa and Kokang rebel groups that operate in its Shan state,” Jha wrote, referring to insurgent armed groups near the border with China.