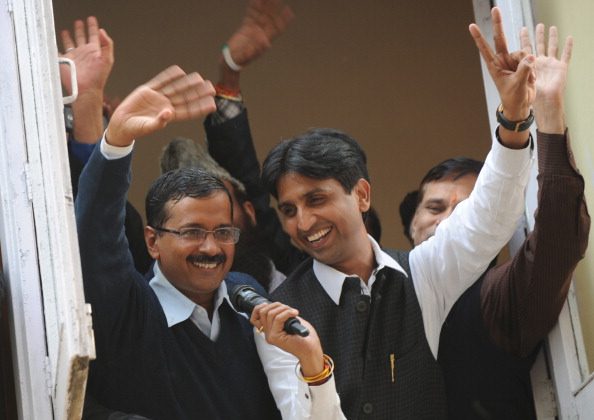 Game Changers: The recently born Common Man’s Party (the Aam Adami Party) won elections in Delhi, with its leader Arwind Kejriwal crowned as the 7th chief minister of the national capital. The party has struck unique admiration and connection with common people, and has promised to address their needs and socio-economic disparities at the quickest. (Sajjad Hussain/AFP/Getty Images)
India

For India 2013, the year that was much prophesied to never appear for the mankind, emerged as a year of hopes, shocks, and traumas. The developing Asian power struggled through the political greed and falling economy throughout the year, and witnessed unprecedented natural havocs that lead to the loss of thousands of lives.  Still at dusk, the year churned out a sparkling hope in the form of a newborn political party that emerged out of nowhere with the common man’s support. Here we bring you some of the biggest headlines of 2013. Wish you all a very happy New Year!