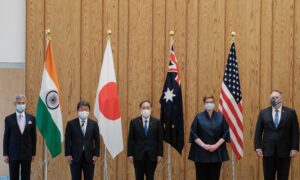 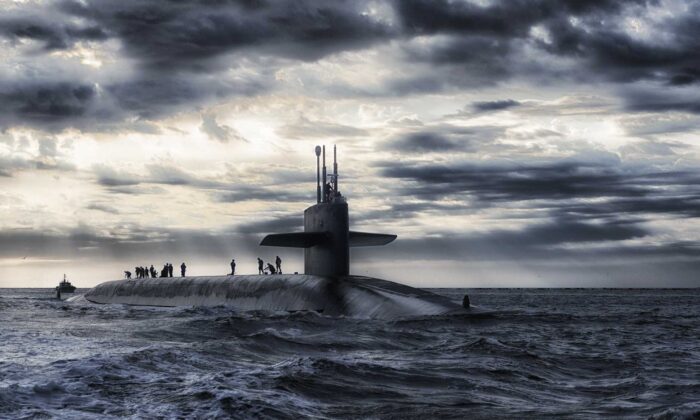 The Trump administration has employed tough diplomatic and legal initiatives, and implemented economic and military policies that reduced the CCP’s freedom of action. It rejected China’s expansionist territorial claims.

I think the concrete U.S. response has had a powerful moral effect in Indo-Pacific nations that felt vulnerable and victimized by Beijing’s one-on-one (bilateral) economic and military bullying. Big China versus a Small Neighbor was the CCP’s preferred fight.

The Indian Navy’s Malabar 2020 exercise, which began this week in the Indian Ocean, is a telling example of a major shift in India’s public attitude toward China.

Sailors refer to India’s “Malabar” fleet maneuvers as high-end maritime exercises. The first Malabar was held in 1992, when India invited the United States to participate in bilateral naval training.

In October, the Indian Department of Defence made certain that everyone knew that, for the first time in 13 years, Australian warships would participate in a Malabar exercise—along with India, Japan, and the United States. That announcement called attention to the Quad, shorthand for the Quadrilateral Security Dialog, which consists of India, Japan, Australia, and the United States.

So China continued to fight fishing-boat wars with Vietnam and the Philippines.

In the last decade, India’s Himalayan territorial disputes with China have become more frequent and aggressive. Without doubt, those clashes profoundly shape Indian perception. So does China’s steady acquisition of seaport facilities in the Indian Ocean. Pakistan’s Gwadar Port looks a lot like a Chinese naval base.

However, the Trump administration’s American domestic economic revival and its hard-nosed trade agreements with China demonstrated that the U.S. could and would counter China’s economic hegemony. Washington used legal, financial, and diplomatic instruments to penalize Chinese intellectual-property theft. It also targeted Chinese spying, which penalized lucrative Chinese companies like Huawei linked to espionage.

China’s economy buys the weapons that enable territorial expansion and pays the bribes that empower its economic dominance.

American media missed the story, but savvy minds around the world noticed.

Which brings us back to Malabar 2020’s message. Indian officials unflinchingly call it a “quadrilateral exercise” that demonstrates “high-levels of synergy and coordination” among Quad navies. Indian media report that exercise scenarios reflect the mutual goal of countering increased Chinese aggression in the Indo-Pacific region.

The Indian government has scripted Malabar 2020 to send a definitive message: The Quad has become a functioning military coalition, with India as a committed member.

The CCP’s leaders and Chinese admirals get the message.