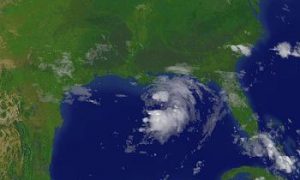 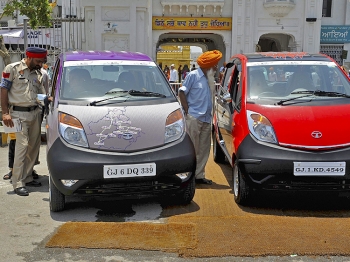 By Heide B. Malhotra
Print
Tata Motors Ltd., India’s largest car manufacturer, introduced its Tata Nano around March 2009 with much fanfare and promised the first deliveries in July 2009.

At the time, 20 Indian banks stood in line to finance the Tata Nano, including Tata Motors Finance Ltd., charging the highest interest rate (13.4 percent to 14.5 percent), with the other 19 banks charging between 9 percent and 11.75 percent interest.

The media hype created a Nano car frenzy, which generated more than 40 million website hits by April 8, 2009, and crashed the company’s website.

“A crash is not good news for any automobile company, but this one—a barometer of the heightened interest in the Nano among Indian consumers—evidently was,” according to a Knowledge@Wharton (KW) article at the time.

Tata couldn’t deliver the car due to production problems, so a computerized program selected 100,000 customers from the 206,703 who had already paid for the car, while about one-half of the remainder opted to wait for the car to be produced, and the rest asked for their money back.

Sales efforts continued and starting with July 2009, monthly sales started at 2,475 vehicles and reached 3,610 vehicles in December 2010. In real numbers, the Nano sales were only a small proportion of Tata’s monthly car sales. In December 2010, it was 6.99 percent of a total of 51,627 car sales.

“Ravindra Bhagat, an Ahmedabad-based businessman, was one such customer who bought a Nano last year. Bhagat’s dream turned sour when the car caught fire within 20 days of its delivery,” according to a December 2010 article in the India Economic Times.

Sales of the Nano hovered between 3,550 and 4,000 cars a month until May 2010, when the car sales more than doubled to 7,704 cars in June and 9,000 in July 2010. By August, the Nano car buying hysteria was over, with the numbers declining monthly until November, when Nano car sales were down to 509 cars for that month.

In October, a slight increase in the Nano car price of around $200 could have been responsible for the slump in sales. A $200 increase doesn’t sound like much in America, but in India, where earnings are lower than in the United States, such an increase was not taken lightly.

Experts suggest that car safety, lack of low interest loans, absence of a well-designed marketing campaign, and marketing channels that would bring the car to the poorer segment of India’s society, such as India’s large-sized bazaars, are the main reasons that Tata sales did not reach the predicted 20,000 monthly sales figures.

“According to Gautam Sen, editor of Auto India, the real problem behind the declining sales is ‘a total marketing failure,’” KW said in its January article.

“There has been a sense of overconfidence and arrogance on the part of the company. They thought the car would sell itself because it was ‘the Nano’ and [because of] the kind of coverage it received around the world. They just took their eyes off the ball,” Sen said.

Next: Luring Consumers to Buy Nano