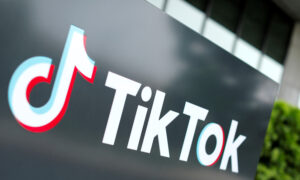 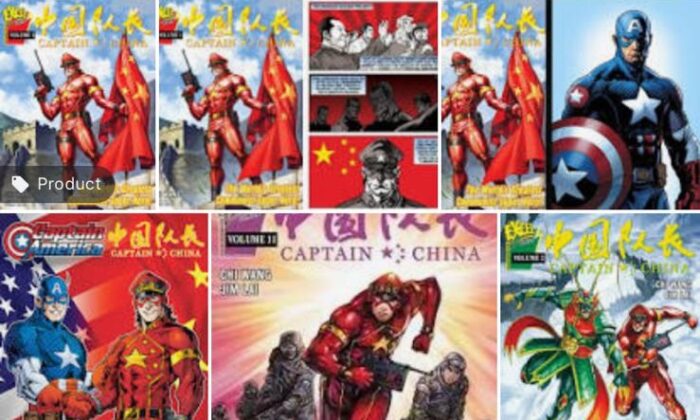 NEW DELHI—Just as there is a physical world, there’s a virtual world. Gamers and app developers call it the meta-sphere, and it daily engages billions of real-time people.

Predominantly controlled by Chinese entities, the meta-sphere gives the Chinese regime information that’s needed to control behavior, as well as a platform for censorship and propaganda.

India banned Chinese mobile applications because, according to James Lee, a former hedge fund manager who has two decades of experience investing in the gaming industry in the United States and Hong Kong, these apps were feeding into the metadata of the Chinese regime’s artificial intelligence system. In June 2020, India’s Ministry of Electronics and Information Technology said the apps were “prejudicial to sovereignty and integrity of India, defense of India, security of state, and public order.”

However, a ban by a single country isn’t sufficient because the meta-sphere is fed by investments that the Chinese regime is raising from the Western world, Lee told The Epoch Times in a phone call. The world needs to wake to the overwhelming Chinese pervasiveness of the meta sphere.

“In this meta-sphere, there are about 2.6 billion people on it, real people from around the world that spend on average one hour or more in that space, every single day,” Lee said.

“The problem with the meta-sphere is that in that world, first of all, the game developers are like gods, they are omnipotent. They create the physics, the social rules, the societies, the economics, everything within that world. And once again, you have 2.6 billion people, most of them are kids, as well as young people,” said Lee. He said that based on his research of three years ago, 70 percent of this meta-sphere is controlled by the Chinese.

“And I would believe that number has only gone up since, particularly because of COVID, everybody stayed at home. And the Chinese games are the best,” he said.

Virtual reality (VR) in the gaming market is expected to grow at a compound annual growth rate of 32.75 percent over the forecast period (2021–2026), according to a report by Research and Markets. The industry regulator expects that China’s VR market may grow to $7.9 billion by 2021.

Lee said there’s a reason China is so “strong and good” in the VR industry, and it’s linked to China’s one-child policy, which created a “humongous gender imbalance” of millions more men than women in China.

“And that gender imbalance started to go into effect around 2015, where these kids are, now they’ve grown up, now they have to get married, they have to find their partner for life,” Lee said. He said that throughout history, such gender imbalance that can’t be pacified by imports has led to social unrest and sometimes war.

“So China was very brilliant in the sense that, years ago, they started developing the game industry as well as social media, as well as, quite poorly, livestreaming, which is what started TikTok,” he said.

The Chinese companies had state support and were extremely successful, said Lee. Business models work with early investment, he said, and the primary consumers in China were not-so-educated, single men in the countryside.

“There’s a lot of precedents before TikTok. It’s called livestreaming, it’s just pretty girls doing nothing, doing their normal daily lives, and then they collect money for it. And a lot of very successful profitable companies in China carry this out,” he said. Without this, he believes the social pressure inside China would have been very great.

The Chinese had so much experience in livestreaming, social media, and gaming that they started to export it to the rest of the world.

“All three, in my research, were originally designed to pacify the population. But later, it became an offensive, an offensive tool of the CCP against the international liberal order,” Lee said.

How This Battlefront Works

A lot of these games, apps, and social media sites are the backbone of a massive data collection operation that a number of hackers have exposed in the past.

“Particularly TikTok,” according to Taiwan-based Lee.

“Those are games and apps that have been actually collecting a lot of metadata of citizens around the world, and then they feed it into the Chinese Communist Party’s AI machine. And we all know AI is mostly constrained by the data, the more data you have, the stronger the AI is,” he said, noting the grave implications for any country’s national security.

Artificial Intelligence systems often can know a population better than the population itself, Lee says.

“Once China controls the metadata as well as the channels themselves, they are able to tweak the human psyche, or just what people are thinking about, via cyberwar.”

He said that while the issues of national security linked to Chinese apps and AI have been addressed often in the past few years, there are two other aspects that deserve more attention.

“The second point is actually the front of censorship. So this is also an area where it’s quite obvious now that these China-affiliated games as well as social media, TikTok, whatnot, are actively censoring things that are not of their liking,” said Lee, whose team predicted the fall of Hong Kong three years ago based on macroeconomic analysis.

Lee’s team conducted various tests two years ago about how the Chinese censor the meta sphere.

The third aspect of this battlefront according to Lee is the “offense mechanism” of these games that China uses to push its own propaganda.

“For example, we have seen games where the Chinese nine-dash line shows up. The nine-dash line in the South China Sea is a territorial claim that has been ruled as illegal. But China’s still pushing for that,” Lee said. “China is also in these games pushing that the Chinese-related characters are stronger than normal and through them, they represent the side of justice.”

This has been done by Hollywood as well, and China has copied that, he said, but politically, things play out differently in China and the United States.

Onmyoji, the turn based RPG title from Chinese publisher NetEase, has been shut down in Vietnam for violating local law.

Garena, the publisher in Vietnam, said that a recent patch inserted the nine dash line into the map of the game which claims disputed territory as Chinese. pic.twitter.com/6szYIAptw3

Lee says it’s important for the world to understand how this meta-sphere battlefront works and why other countries must join India: “The reason is quite simple, it’s economics.

“If only India bans it, it doesn’t do anything really. But every incremental country that joins this ban, the impact will increase exponentially. It’s not actually one to one, it’s actually one to two to four to eight,” said Lee, who adds that the Chinese companies are raising money from the “Western world, the democracies, the European stock market, the American stock market, etc.”

In its independent investigation, The Epoch Times found the Indian app ban to be leaky in certain cases. For example, children are still able to access the Chinese-made game PUBG in India through virtual private networks and can download the Korean or the Taipei versions of the game even amid the ban.

When the Chinese companies raise a lot of money from the Western world, the meta-sphere battlefront becomes linked to the currency war, Lee said.

“China is in a grave shortage of U.S. dollars right now. But then they are also able to graze a lot of U.S. dollars from Western investors who are not aware of the national security implications of giving money to China,” he said.

“But if you have more and more countries joining these bans, not only the incremental metadata is cut off, and the propaganda and the censorship become less effective. But there’s actually the third layer to this; the companies will not be able to raise U.S. dollars anymore, because investors then will realize that they will be investing in that app, in a company that is facing political risk globally, and they are also not growing because their markets are getting tough,” said Lee.

He says the best way for democracies to fight back is to make sure these companies have zero growth or actually negative growth.

“They will actually die out and we don’t have to worry about this metadata leak or the propaganda anymore. But on the other hand, if it’s only India doing it, it doesn’t hurt them as much,” said Lee.

“It needs to be a synchronized action, and you can see that from the stock market actions, a lot of these Chinese companies, tech companies, gaming companies are making all-time highs. They don’t care because they’re still growing like wildfire. And TikTok is still one of the most-downloaded apps around the world.”