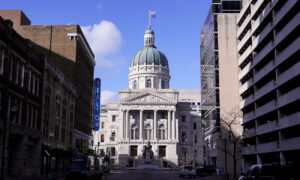 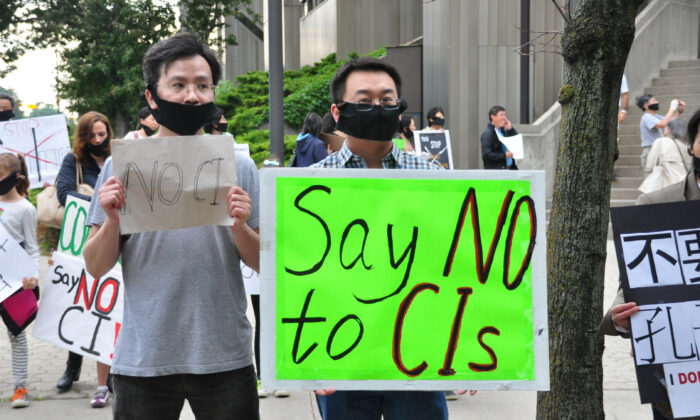 Protesters demonstrate outside the Toronto District School Board, urging the board not to implement a Confucius Institute program in Toronto schools, in Toronto, Canada, on Jan. 11, 2014. (Allen Zhou/The Epoch Times)
Education

The last remaining Confucius Institute (CI) in Indiana, which has recently been accused by the state government of operating as a propaganda arm of the Chinese Communist Party (CCP), is going to close next spring.

Valparaiso University, a private Lutheran institution in Northwest Indiana, on Tuesday, announced it will shut down the CI on its campus on Mar. 1, 2022. According to the school’s website, the CI at Valparaiso (CIVU) was founded in 2008 with the goals of teaching Chinese culture and language, and promoting cultural exchange.

Once numbering over 100, there are now less than 50 U.S. colleges and universities that still maintain their CI programs through partnerships with Hanban, an agency within China’s Ministry of Education. Hanban generally provides startup and annual funding, recruits language teachers from China, and supervises teaching materials and curricula.

In a letter explaining the decision to students, faculty, staff, and alumni, Valparaiso President José D. Padilla wrote that “some members of Congress” had reached out to the university in 2020 and earlier in 2021 “questioning the presence” of the CIVU.

Padilla said the CI partnership would jeopardize the university’s eligibility to get federal funding. He noted that the CONFUCIUS Act, which received unanimous approval in the Senate this March, would prohibit the U.S. Department of Education from funding colleges unless their contracts or agreements could ensure academic freedom and give them full managerial authority of the CIs they host, including full control over teaching plans, activities, research grants, and employment decisions.

“A potential cut-off of DOE funding would be devastating to our financial position,” he said. “This is not a risk we can take.”

Padilla also denied that the decision to close the institute has anything to do with an investigation into the CIVU by Indiana Attorney General Todd Rokita.

The investigation, according to Rokita, seeks to “uncover whether the Chinese government has attempted to exert political influence and manipulate the attitudes and beliefs of Hoosiers” through the CI. Specifically, Rokita’s office said it has found a lack of transparency surrounding CIVU’s use of Chinese funds, alleging that Valparaiso didn’t properly report to the federal government when money from Beijing was used for K–12 programs.

Padilla said although the university “strongly disputes” those allegations, it is willing to cooperate with the investigation by providing needed documents and information. He also hoped to start a new Chinese cultural exchange program that is free from the CCP’s influence.

“While we will close CIVU, we plan to establish a new program to continue the cultural exchange of music and language with China and other countries,” he wrote. “We will ask our music, language, and international studies faculty to help us create this program which will operate without funding or staff from China.”