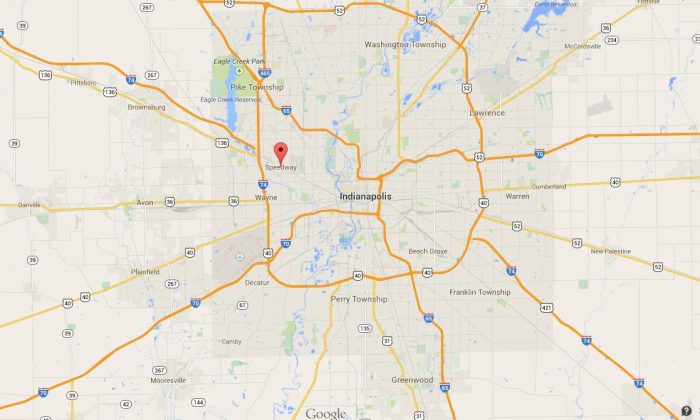 A tornado was reported in Speedway, Indiana, on Tuesday afternoon.

Reports of a tornado came in just after 3 p.m. local time.

Indianapolis was also placed under a tornado warning by the National Weather Service.

A photo being circulated on Twitter shows a tornado in Speedway, but that was taken in 1957 in Fargo.

Local reports have said three houses were damaged in the tornado. Trees were also reported downed.

A tornado was also spotted in Plainfield.

“A TORNADO WARNING REMAINS IN EFFECT FOR SOUTHERN HAMILTON AND

WESSINGTON SPRINGS, S.D. (AP) — More than 100 people are helping clean up tornado damage in Wessington Springs, while state and federal officials are preparing to get a better handle on the damage.

Monday was the first day volunteers were allowed into the southeastern South Dakota town where the June 18 tornado damaged dozens of homes and businesses. The Red Cross is feeding the volunteers through Friday.

Volunteer Tim Bloom told KDLT-TV that a tornado went through his hometown of Tyler, Minnesota, three years ago.

“Seeing the firsthand devastation of what it really does to a community, knowing how much help is needed, me and my brother got together and said it’s only a couple of hours away, let’s take a day off of work and see where we can support,” he said.

No one suffered life-threatening injuries in the tornado. Mayor Melissa Mebius told The Daily Republic newspaper that all homeowners who lost their houses have found places to stay, and no victims have been housed in a shelter since the first night after the storm.

Demolition of the destroyed houses got underway Sunday, and Mebius said the volunteer help is greatly appreciated.

“They’ve provided that boost in the cleanup that we’ve really needed,” she said.

Leaders in the community of about 850 people also are putting a focus on youth activities such as baseball and softball games and a children’s music program — events that will go on as planned this week.

“We need to let them be kids,” Mebius said. “We want to get as many things back to normal as we can.”

“The information gathered will help us determine whether federal funds or low-interest loans may be available for residents with homes and businesses impacted by the storms,” Daugaard said in a statement.