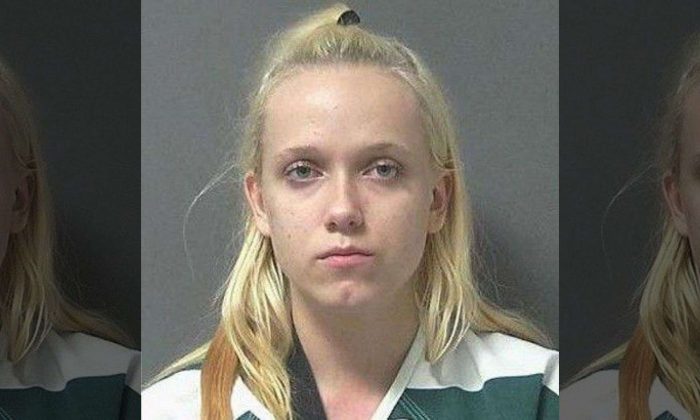 Brayden M. Berkshire, 18, faces charges of reckless homicide and obstruction of justice, in the shooting death of Nathan Joe Hopper on Feb. 3, 2019, according to reports. (Miami County Sheriff's Office)
Crime and Incidents

An Indiana high school volleyball player is accused of fatally shooting an 18-year-old man who previously attended the same school, according to police.

Brayden M. Berkshire, 18, was arrested Monday, Feb. 4, Pharos-Tribune reported, in connection with the death of Nathan Joe Hopper, who died of a gunshot wound.

The 18-year-old victim previously attended Logansport High School, located about 80 miles north of Indianapolis, where Berkshire is currently enrolled. She is said to be in her senior year and is reportedly on the honor roll and plays for the varsity volleyball team.

Hopper was found dead from a gunshot wound inside a residence in Miami County on Sunday, according to police.

Officers responded to a 911 call reporting that a man had been shot. Police arrived at a residence in the town of Peru shortly after 7 a.m. Sunday, according to WTHR, and inside they found the victim’s body.

Hopper was pronounced dead at the scene.

No further details have been released regarding circumstances of the man’s death.

“This is a tragic event, and we want to allow the authorities to do their investigation,” he said.

Berkshire was arrested in connection to Hopper’s death, though police did not release any details on possible evidence linking her to the crime. Details of her relationship with Hopper also remain unclear.

Berkshire appears to have several active Facebook pages. One page states that she lives in Logansport and that she has been in a relationship since November 2017.

The About section of the second page features information about the account owner being a model at Hollister.

She reportedly faces charges of reckless homicide as a level five felony and obstruction of justice as a level six felony in connection with the shooting death.

Berkshire was released from jail after posting a $15,000 bond, according to the Pharos-Tribune.

According to firearm mortality figures released by the Centers for Disease Control (CDC), Indiana had 1,016 gun deaths in 2017. The number of deaths by firearm in the state, expressed per 100,000 people, stood at 15.3 in the same year.

According to 2017 data collected from 18,000 local law enforcement agencies in the United States, the website Neighborhood Scout states that the violent crime rate per 1,000 in Indiana is 3.99.

The U.S. national median figure for violent crime is approximately equivalent, standing at 4 per 1,000.