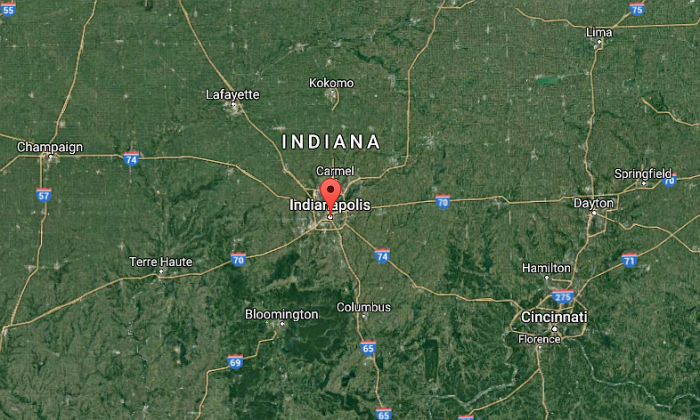 INDIANAPOLIS  — Indianapolis police said one officer was shot and another suffered minor injuries when a suspect in a car chase opened fire on them. The suspect was later killed in an exchange of gunfire with police.

The officer was shot through his right ankle during the chase Monday evening, and suffered a likely graze wound to the back of his head, police said in a statement. He was released from the hospital and needs a follow-up surgery but is expected to make a full recovery, Indianapolis police spokesman Major Richard Riddle said Tuesday morning. The second officer suffered “very minor injuries,” the Chief Troy Riggs said.

The incident began just after 6:30 p.m. on the city’s northwest side when an officer stopped a vehicle after recognizing the plate as belonging to one involved in a crime earlier in the week, the police statement said.

The officer requested backup, and when additional officers arrived, they approached the driver, who police identified Tuesday morning as Jeffrey Tyson.

Tyson, 32, rolled up his windows and ignored the officers’ commands, according to the statement. Officers broke the window and fired pepper ball rounds into the vehicle. A passenger fled, and Tyson took off.

The statement said that after a short distance, Tyson made a U-turn and began firing at the pursuing officers, striking the one who had initiated the stop. The officer riding with him was hit by debris and injured.

The chase continued along city streets and an interstate before ending on the city’s east side, where Tyson engaged in a shootout with officers during which police fatally shot him.

The passenger who fled the suspect’s car was in custody, according to the chief.

“It was a very long pursuit,” Riggs said. “We had numerous officers involved. Not in the pursuit itself, but trying to block intersections, provide safety for our residents, put out spike strips. They did a lot to mitigate the risks. As a result, no citizens were injured.”

Earlier this month, an Indianapolis police officer was wounded when he and other officers responded to a report of a man sitting in a vehicle pointing a gun to his head. When they used a stun gun on the man, the gun went off, sending a bullet into the officer’s leg. The officer was hospitalized in good condition.

Rick Snyder, president of the Indianapolis chapter of the Fraternal Order of Police, told reporters the incident was “a stark reminder of what our officers are up against here.”