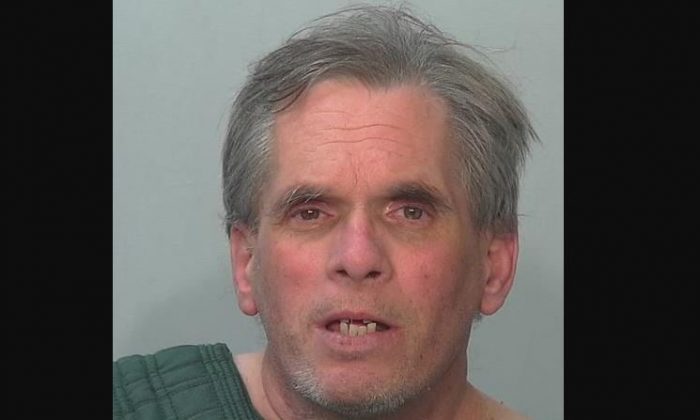 Police officers in Indiana have arrested a 59-year-old man after DNA evidence linked him to a 1988 murder of a child.

John Miller was arrested on Sunday morning after his DNA linked him to the rape and murder of April Tinsley, an 8-year-old who was found dead in Fort Wayne 30 years ago, three days after her parents reported her missing.

A probable cause affidavit obtained by NBC showed that a detective arranged for fresh DNA testing to be done on the Tinsley suspect evidence in May.

Parabon Nanolabs was able to narrow down the DNA match to two brothers using an open public genealogy base, one of whom was Miller.

Detectives covertly obtained some of Miller’s belongings from his trash and the DNA from that was a match to the evidence.

About a week later, on July 15, detectives approached Miller at his house and asked him if he knew why they were there.

Miller answered “April Tinsley” and told police that he abducted the young girl on April 1, 1988, and took her to his trailer, reported ABC.

Miller confessed he raped the girl before choking her to death. He said it took 10 minutes for the girl to die and that he waited a while before dumping her body in Spencerville.

The police were stymied when the murder first occurred but received some leads in 2004 when a person proclaiming himself as the killer began leaving notes, images, and used condoms at different places around the city, threatening to kill another person.

“Hi honey. I been watching you,” one note released by the FBI read. “I am the same person that kidnapped, raped and killed April Tinsely. You are my next victim.”

Miller was taken to Allen County Jail in Fort Wayne. He was charged with murder, child molesting, and confinement.

He is scheduled to appear in court on Monday.