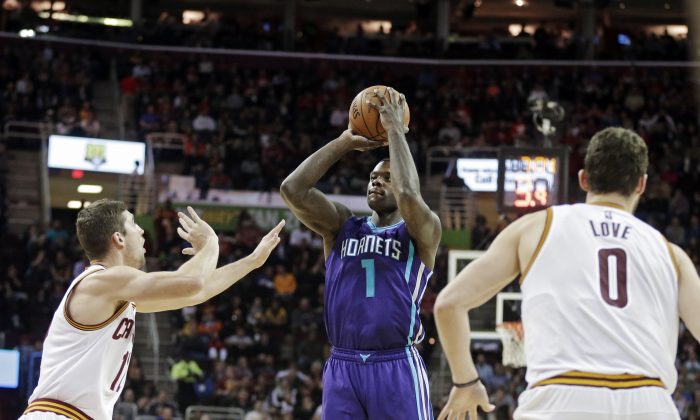 Indiana Pacers owner Herb Simon has approved a trade that would bring Lance Stephenson back to the team.

Stephenson left via free agency to the Charlotte Hornets.

But the Hornets are struggling and Stephenson is being shopped, according to reports, with the Pacers one of the suitors.

Now Simon says he’s okay with a deal to bring the swingman back to Indiana, but is leaving the final decision up to the front office.

“I’d be OK with it but it’s not up to me. Larry (Bird) has to decide if he fits,” Simon told the Indy Star.

However, Simon noted that he’s not sure if Stephenson is actually available.

“First of all, we don’t know if they’re really trading him, at least I don’t know. I know they made some calls and we would have to (figure out) how he fits back into the team. Those are all basketball decisions and Larry and Kevin (Pritchard) are the best to answer that,” he said.

“We have the best basketball minds in Larry Bird and Kevin Pritchard and they’re working on it every minute of every day. So, something will happen.”

Sources told RealGM recently that four or five teams have inquired about Stephenson, with one source saying he’s not opposed to being traded to some teams, including the Brooklyn Nets.

Sources told Yahoo that the Hornets are targeting the Pacers and Nets as the top destinations to unload Stephenson. But an early sticking point is an unwillingness to package a future draft pick with the swingman. The Pacers, for instance, want at least one first-round pick.

Stephenson signed a three-year, $27 million deal with the Hornets in the offseason, but the third year is a team option, making the contract fairly easy to take on.

The Nets have been scouring the league for intelligence on Stephenson, the sources said, while the Hornets have expressed a willingness to take on one of the Nets’ big-salary stars, Brook Lopez or Joe Johnson. Deron Williams isn’t considered a possibility.