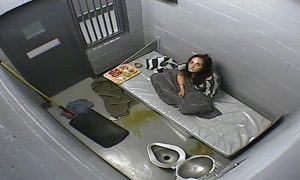 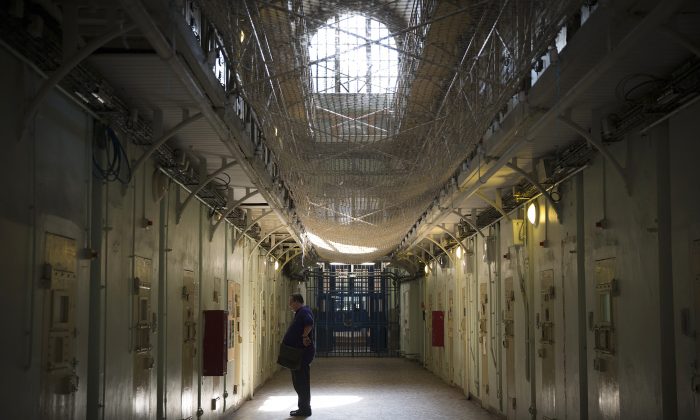 SOUTH BEND, Indiana—A man who pleaded guilty to the beating death of a pregnant mother in South Bend, Indiana, has died in jail.

Kearney was pronounced dead early Sunday. His sentencing was set for Friday, March 29, and could face a 60-year prison term.

Authorities say Kearney had been terminally ill and signed an order with jail medical staff to take no lifesaving measures if he stopped breathing.

Just 2 weeks ago, George Kearney pleaded guilty to beating a 28-year-old pregnant mother to death. He was going to be sentenced Friday, but he died in jail. https://t.co/lSOM2lu308 #FOX59morning pic.twitter.com/MXeIQ5sh9C

His guilty plea in the slaying of 28-year-old Miriam Rice came earlier this month.

Rice, was abducted on June 24, 1988, while walking her dog in a park. Her body was found about a week later obscured by foliage down an embankment.

At the time of her death, Rice was married, four months pregnant and had a 3½-year-old child, James Rice.

James, now 30, told WSBT he was excited and thankful, but also still processing everything.

“I couldn’t believe that a case that was 30 years old would ever be solved or that there would be any new leads or anything,” said James. “The fact that we’re here today is just wild to me I’m honestly still in shock.”

Kearney’s former girlfriend, Barbara Brewster, 56, also was charged with murder last year and is due to stand trial. Brewster has told investigators that Kearney killed Rice.

Kearney, Brewster and Brewster’s three young children were camping and fishing in the park when Rice was killed.

Brewster’s now-adult son, Robert South, told investigators that he saw Kearney drag Rice into their van and his mother beat her in the head with tools that were in the vehicle, according to court documents filed last July by prosecutors.

His older sister, Paula Brooks, now in her 30s, told investigators that Kearney, Brewster and South left the campsite to get food.

“A couple of hours later she heard a ‘blood-curdling scream’ from across the lagoon from a woman,” St. Joseph County Metro Homicide Unit cold case investigator Brett Coppins wrote in an affidavit. “This unknown woman was pleading for her life. The screaming continued for some time.”

When they returned, all three were covered with blood, Brooks said.

George Kearney, a suspect in the 1988 murder of Miriam Rice, is dead.

St. Joseph County authorities confirm Kearney was suffering from a terminal illness, and was pronounced dead early this AM.

His sentencing was set for Friday, March 29. pic.twitter.com/VPdDeoQNs0

Kearney was arrested in July 1988 in an unrelated case and spent 27 years in prison. After his release, he reached out to investigators in 2016 and said Rice was killed by Brewster, according to the affidavit.

“He stated that he had been getting letters while in prison from Paula (Brewster’s daughter) questioning his involvement in the death of Miriam Rice,” Coppins wrote. “In order to ‘clear the air,’ George Kearney advised officers that he wanted to come forward.”

Brooks also told police she wrote to Kearney in an attempt to get him to admit to “what he had done to Miriam Rice.”