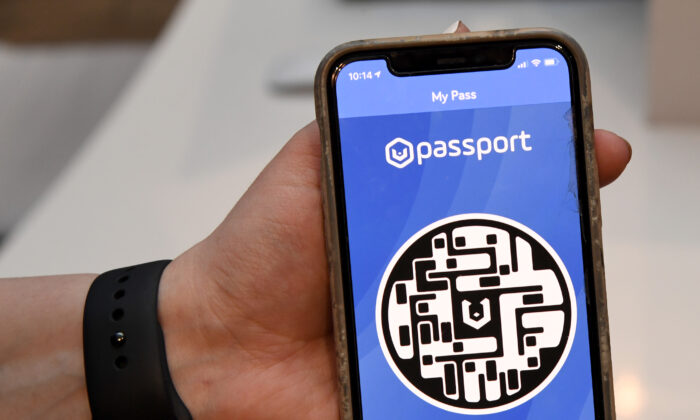 Indianapolis lawmakers incorporated language in a bill that would ban state and local government units from requiring “vaccine passports,” or requesting employees from proving that they have taken CCP virus vaccine shots.

House Bill 1405 is not directly related to vaccine passports, it was originally about insurance, and healthcare was added after.

The language was introduced as an eleventh-hour move—at the last minute, according to Indy Star.

Although no government authorities are mandating COVID-19 passports, the lawmakers in favor of it assert that it can assure that it remains that way in the future.

The bill doesn’t ban private businesses from requiring proof of having taken the COVID-19 shots, nor does it extend to schools or prevent governments from tracking immunization statuses.

“Private employers need to make the decisions that are best for them and their customers,” state House Speaker Todd Huston, a Republican, said. “We felt it was most appropriate to deal with it just in the governmental realm.”

State Rep. Ed Delaney, a Democrat, said that government-issued vaccination passports are not a real thing. “It’s sad that on the last day–I’m going to use a fancy word–we are chasing chimeras, I think it’s a Greek word, it means fantasies, things that don’t really exist,” he said. “But there is such a thing as a concern about health.”

According to Fox59, Republican state Rep. John Jacob had been hoping for such a bill, believing it’s a necessity.

“The thought of a state mandating that people take a vaccine that’s still experimental, according to the manufacturers of the vaccine, would be considered a gross violation of the individual freedom of Hoosiers,” Jacob said.

The Indiana Chamber of Commerce is in favor of the bill since the ban doesn’t apply to businesses that may want to require vaccination proof.

“By excluding businesses from this bill and this provision it allows businesses that might need to require proof of vaccination,” Chamber President Kevin Brinegar said. “But it also gives the option if they were to choose to issue a vaccination card or document.”

Governors from Arizona, Florida, Georgia, and Texas have already taken a stance against so-called vaccine passport measures to different extents.