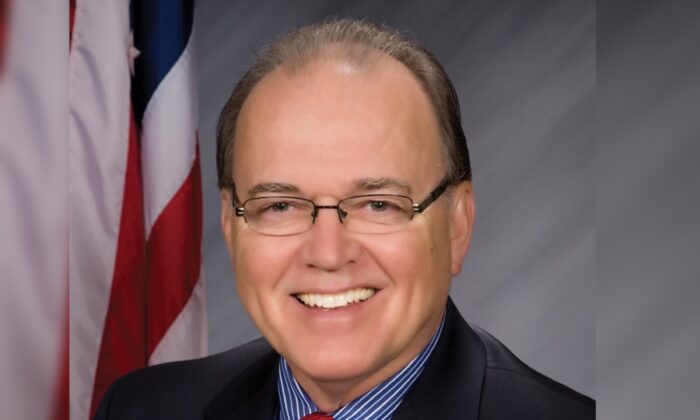 A committee of the Indiana legislature approved a resolution on Jan. 5 calling for a federal constitutional convention to amend the Constitution to hold the number of U.S. Supreme Court justices at nine.

Defenders of the Supreme Court say the institution is functioning as it’s supposed to, although Democrats in the nation’s capital continue to press to pack the high court so it won’t hinder possibly unconstitutional left-wing legislation aimed at transforming the country.

When former President Franklin D. Roosevelt, a Democrat, tried to pack the court to clear the way for his controversial New Deal, the idea was met with backlash, and he withdrew the proposal. A presidential commission wrapped up in December 2021, refusing to endorse adding extra seats to the court. Its report stated that “there is profound disagreement among commissioners on these issues.”

The proposal, known as Senate Joint Resolution 3, was sponsored by state Sen. James Buck, a Republican, and was approved 7–4 by the Senate Judiciary Committee. Buck presented the draft proposal at a recent meeting of the American Legislative Exchange Council, stating that it could be used in legislatures nationwide.

The number of Supreme Court justices is currently fixed by statute. Supporters of the amendment say that inserting the numerical limit into the Constitution would make it very difficult in the future for the number to be changed and that this would have a salutary effect on the nation’s government.

Amendments to the Constitution have been relatively rare, and a state-convened convention to propose amendments has never taken place, yet the Constitution itself allows for modifications, and some statesmen have argued that the amendment process can help if the nation begins to become disordered. The late Justice Joseph Story said Article V of the Constitution (which details the ways that the Constitution can be amended) serves as a “safety valve” for U.S. society.

Buck said he agrees with late Supreme Court Justice Ruth Bader Ginsburg, a liberal jurist who died in September 2020, who opposed court-packing because she believed that the court would be viewed as political.

“I have heard that there are some people on the Democratic side who would like to increase the number of judges,” Ginsburg said. “I think that was a bad idea when President Franklin Delano Roosevelt tried to pack the court.

“Nine seems to be a good number, and it’s been that way for a long time.”

The proposal was criticized at the Indiana committee meeting, according to a report from The Statehouse File.

State Sen. Greg Taylor, a Democrat, noted that a previous proposal from Senate leadership had failed.

“Sen. Buck, it seems like, what do they call that movie, ‘Groundhog Day’? … It seems like I’ve seen this before,” Taylor said.

State Sen. Timothy Lanane, another Democrat, said he feared the resolution could lead to a runaway convention that could make massive changes to the Constitution. State Sen. Aaron Freeman, a Republican, disagreed with the criticisms of the proposal.

“I don’t think there’s anything about Sen. Buck’s resolution that is political,” Freeman said.

The Epoch Times reached out to Buck’s legislative office in Indianapolis for comment, but an aide said he wasn’t immediately available.