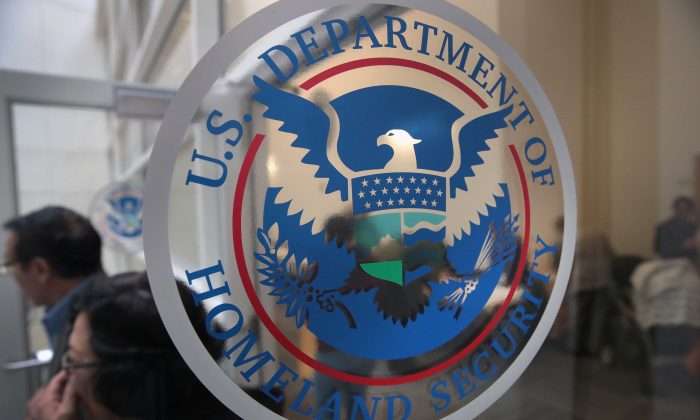 The Department of Homeland Security auditorium in Chicago, Illinois on Feb. 22, 2017. (Scott Olson/Getty Images)
US

It’s the latest case where IT experts confirmed a scanning assault on a state’s election systems that leads back to a DHS IP address. “Scans” are attacks used to test the security of a network, the electronic equivalent of “rattling doorknobs” to see if they’re unlocked.

DHS officials scanned Indiana’s electoral systems thousands of times over a period of 46 days beginning while Mike Pence was still the governor of Indiana.

“We know that between Nov. 1 and Dec. 16, we were scanned with about 14,800 scans, nearly 15,000 different times,” DHS Indiana Secretary of State Connie Lawson told The Daily Caller.

Under DHS rules, federal officials are barred from attempting to penetrate a state system without the state’s permission, which neither Georgia nor Indiana gave.

IT director for the Indiana secretary of state Thomas Vessely told The Daily Caller that “we kindly declined [DHS] assistance because we were very comfortable in the work we were doing in monitoring our election system.”

In Idaho, Secretary of State Lawerence Denney said that his state had detected attempts to hack the state’s election system on Nov. 8, 2016.

Denney said that when they “looked at IP addresses that tried to get into our system,” there wasn’t “a single IP address from a foreign country,” such as Russia, but one from “our own Department of Homeland Security,” Computerworld reported.

Denny said that secretaries of state across the country are really concerned about what the election system designation of critical infrastructure will mean in the long run.

Georgia Secretary of State Brian Kemp said he believed the scans were intimidation tactics used by the DHS ahead of declaring local and state election systems as federal “critical infrastructure” on Jan. 6.

Kemp had previously clashed with then DHS Secretary Jeh Johnson, describing the action as a “political power play to federalize elections.”

Johnson sparked uproar among state-level secretaries of state—both democrats and republicans—when he announced he was unilaterally issuing the designation just two weeks before leaving office.

All 50 state-level secretaries of state have urged the Trump administration to repeal the eleventh-hour DHS directive.