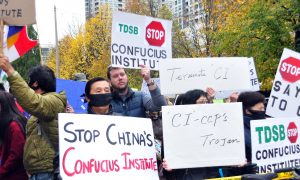 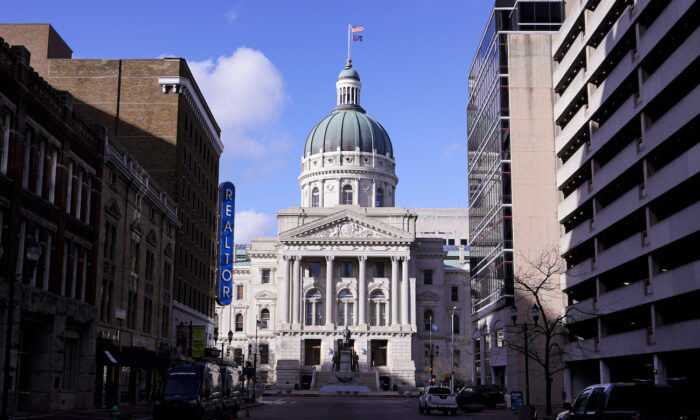 The Indiana Statehouse is shown in Indianapolis, on Jan. 15, 2021. (AP Photo/Michael Conroy)
Education

Indiana Attorney General Todd Rokita announced Tuesday that his office has launched an investigation into the last remaining Confucius Institute (CI) in the state, citing concerns that it has been operating as a propaganda arm of the Chinese Communist Party (CCP).

The investigation targets the CI hosted by Valparaiso University, a private Lutheran institution in Northwest Indiana. According to its website, the CI at Valparaiso was founded in 2008 and aims at teaching Chinese culture and language, and promoting cultural exchange.

Once numbering over 100, there are now less than 50 U.S. colleges and universities that still maintain their CI programs through partnerships with Hanban, an agency within China’s Ministry of Education. Hanban generally provides startup and annual funding, recruits language teachers from China, and supervises teaching materials and curricula.

Rokita’s office said it has found a lack of transparency surrounding Valparaiso’s CI partnership, alleging that the university didn’t accurately report to the federal government when Chinese funds were used for K-12 level programs.

“Valparaiso University reported receiving more than $1.1 million from the Chinese government between 2010 and 2019,” Rokita said in a press release. “These documents filed by Valparaiso University with the U.S. Department of Education do not indicate precisely how this funding was used, but the university’s webpages explaining the partnership make clear that not only did programs target Valparaiso University students but also younger students through sponsorship of programs at area K-12 Indiana schools.”

Citing a 2019 bipartisan report (pdf) by the Senate Permanent Subcommittee on Investigations, Rokita notes that CIs can serve as intermediaries between Hanban and K-12 schools in the United States, advancing Beijing’s influence on next-generation Americans.

“Hoosiers deserve answers and transparency into the impact of these institutes on our schools and students,” Rokita said. “Our investigation seeks to uncover whether the Chinese government has attempted to exert political influence and manipulate the attitudes and beliefs of Hoosiers through their Confucius Institutes. Our office will use every tool at our disposal to protect Hoosiers and put liberty into action.”

In response, Valparaiso issued a statement saying that it has never failed to comply with the federal reporting requirements for foreign funds, nor has it supported any attempt to promote communist ideology.

“Valparaiso University is, and always has been, transparent and compliant with the reporting of these funds,” it said. “Valparaiso University does not and would not support any kind of endeavor that furthers or promotes communist ideology, as doing so would conflict with its Christian mission and purpose and its strong support of the First Amendment of the U.S. Constitution that protects the freedom of speech and religion.”

“The programming offered through the Confucius Institute is consistent with our mission and is exclusively focused on music learning and performance and Chinese language as it relates to that focus,” it added.