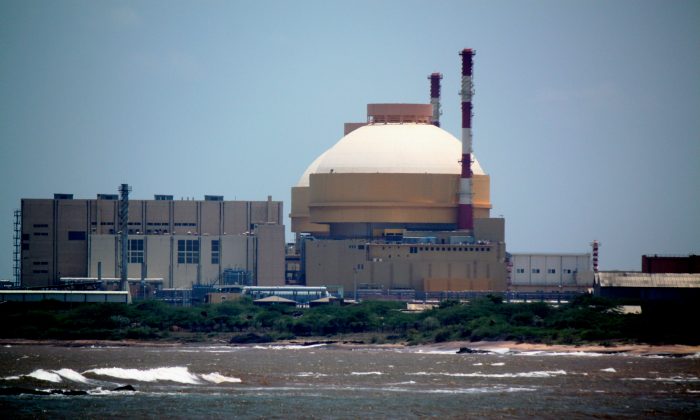 The Indian Supreme Court on Monday dismissed petitions questioning the safety of the Kudankulam nuclear power plant in Tamil Nadu state, against which the locals have been protesting due to safety concerns.

The Supreme Court gave judgement saying the nuclear energy is needed for both present and future generations in the country. Last month, India’s nuclear power watchdog, the Atomic Energy Regulatory Board (AERB) had admitted that four crucial valves in the reactors are faulty.

According to a report in the national daily, The Hindu, a bench of Justices K.S. Radhakrishnan and Dipak Misra made it clear in concurring judgments that the plant should not be made operational unless the AERB, the Nuclear Power Corporation of India Ltd, and the Department of Atomic Energy gave their final clearances.

“The AERB, as the regulatory authority, and the MoEF [Ministry of Environment and Forests] are obliged to perform their duty that safety measures are adequately taken before the plant commences its operation,” Justice Misra said, according to The Hindu.

“[The] Indian Government is saying nuclear energy is viable and sustainable source of energy,” said Pushparayan Victoria, a People’s Movement Against Nuclear Energy (PMANE) leader in a phone interview. “We cannot agree to this. It’s very deadly and costly energy.”

The local people have been protesting the project for a year and a half.

“We are holding a meeting of village leaders on Thursday [May 9] and will then decide on the future course of action,” Victoria said. “People here are upset and angry over the judgement.”

The PMANE expects 20 to 30 village heads from three districts to attend Thursday’s meeting.

Meanwhile, another report in the Indian magazine Down-to-Earth highlights that charges of corruption have been brought against the suppliers of the reactors for giving sub-standard equipment to the nuclear plant.

The report mentions that less than a month ago, the Russian authorities arrested Sergei Shutov, the director of Zio-Podolsk, a subsidiary of Rosatom, the Russian atomic energy corporation, on charges of corruption, fraud, and supplying cheap Ukrainian steel blanks and steam generators in nuclear reactors.

According to Down-to-Earth, the first of the two 1,000 megawatt VVER nuclear reactors at Kudankulam Project (KKNP-1) being tested are supplied by Rosatom, through its subsidiary Atomstroyexport.