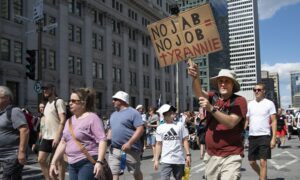 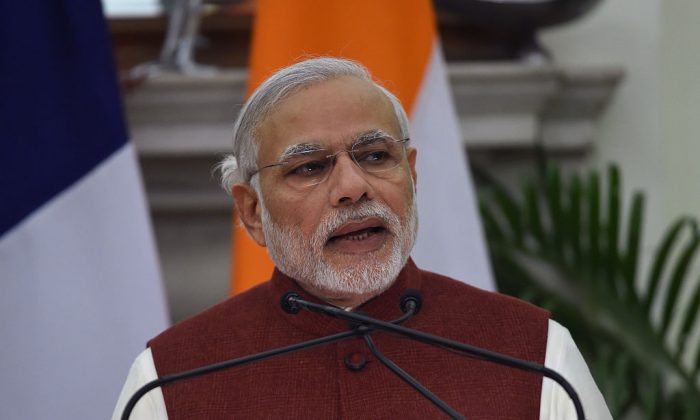 On the face of it, the results of elections in four important Indian states seem like an endorsement of the prime minister, Narendra Modi, and his Baratiya Janata Party (BJP). But scratch the surface, and plenty of other forces are there: anti-incumbency feeling, the rise of Hindu political identity in general, and most importantly, the failure of other more established parties.

And while Modi and the BJP have plenty to celebrate, particularly their historic victory in Assam, they have conspicuously failed to make any inroads in other southern states.

That’s not to downplay just how striking the party’s Assam victory is. This state has become the top battleground for the Hindu nationalist agenda, and after careful planning and execution, the BJP made a successful push to introduce its brand of communal politics, skillfully playing to anti-incumbency sentiment.

Playing to local issues such as a growing influx of immigrants from Bangladesh in the south and the long-running separatist insurgency in the north, the BJP successfully positioned itself as the only party that could address the state’s problems. It now controls 86 seats out of 126 in the Assam Assembly, putting an end to 15 years of rule by the Indian National Congress (commonly known as Congress), the country’s oldest political party.

The results have clearly shown that the BJP’s grassroots work, carried out through its Hindutva organizations, has paid off tremendously. The Hindu voters in Assam clearly made their choice to support BJP as the best defender of their rights.

But this exuberant campaign will come at a price, as the BJP will now have thoroughly alienated itself from southern Assam’s significant Muslim population.

The ruling All India Trinamool Congress (TMC, not to be confused with Congress) has strengthened its hold on the state of West Bengal, but this says less about its success per se and more about the the decline of the state’s other main parties—Congress on the one hand, and the Communist Party of India (Marxist) on the other.

Left-wing parties ruled West Bengal for nearly three decades, backed up by some support from Congress. But ever since the TMC was formed in 1998, it has positioned itself as an authentic Bengali political party committed to development, and the shortsighted and opportunistic alliance between it and the leftist parties has fallen out of favor.

The BJP expended significant time and energy in this state, promising its followers that it would make strong inroads—but in the end, it garnered a fairly paltry 11 percent share of the vote. But it’s Congress who should be deeply worried: it’s gone from bad to worse in a state where it was expected to do well, and its decline has only given a lifeline to the leftists as they try to recover.

While these coalitions battle it out fiercely in state elections, their fight over alternating success means that they’ve managed the state in more or less the same way. Kerala has a high literacy rate and large populations of Muslims and Christians, and religious tolerance and socialism have consistently been at the heart of its politics.

This picture was shaken up by the last round of parliamentary elections in 2011, when the BJP increased its vote share to 16 percent. The critical factor in Kerala this year was the movement of marginalized communities, tea estate workers and many minorities who showed their support for the parties on the left, due to the failure of Congress policies over the past five years.

Tamil Nadu: Success for the Amma (Mother) of Freebies

Tamil Nadu is a very different affair. In no other state is the growth of caste-based politics so visible, and this year’s elections were marred by reports of corruption and the handing out of “freebies” in exchange for votes.

Dravidian parties DMK and ADMK have survived primarily by appealing to various caste-based constituencies. This helped to divide voters in Tamil Nadu along caste lines, and the state’s political system has been greatly fragmented.

The DMK used to be the champion of Tamil and Dravidian identity, but it’s been rather marginalized by the growing political infighting among the two groups, and other political parties have been formed around Tamil identity. There are also new parties representing the Dalits and Vanniyars, among them the Dalit Panthers and Pattali Makkal Katchi (PMK).

But in the end, the state’s ADMK premier, Jeyalalitha Jayaram ran a successful populist campaign, overcoming both the fragmentation of the vote and the anti-incumbency factor. Congress was almost wiped out in the state, and the BJP made significant inroads.

These elections show that for many Indians, regional issues still trump national ones. It seems Modi’s charm offensive and economic promises have not had much effect on many parts of the country. Still, the BJP is clearly getting the hang of state politics, and coming off 2015’s disastrous state elections in Bihar, the party can take heart at its strong showings.

But the elections bode ill for the future of Indian politics. More and more people are apparently buying into the idea that the BJP is the rightful sole party of national government. The fragmentation of the political landscape along caste, religious and ideological lines is only helping the BJP consolidate its position, despite some of the disastrous events that have unfolded on its watch over the last two years.

There’s still plenty of disenchantment with the government, and many voters view Modi as anything but the superman of Indian politics. But nonetheless, he and the BJP continue to gain ground.

Anderson Jeremiah is a lecturer in the department of politics, philosophy and religion at Lancaster University in the U.K. This article was originally published on The Conversation.