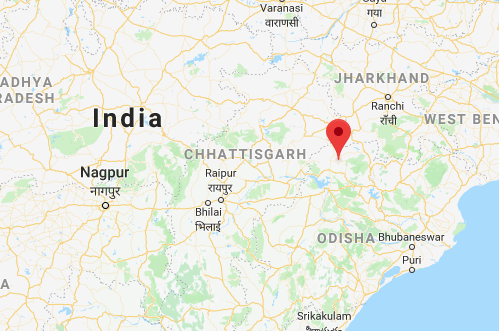 The incident occurred in village of Kheriakani in the eastern Indian state of Odisha. (Screenshot via Google Maps)
India

An 18-year-old girl died after her smartphone exploded while she was on a call in India.

Local media reports that Uma Oram, of the village of Kheriakani in the eastern state of Odisha, was on the phone with a relative while her phone was charging on Friday, March 16, when the device exploded. The blast was so strong it caused severe burns to her chest, left hand, and right leg, reported Asian Age.

Oram was rushed to hospital unconscious, where she was declared dead.

The girl’s brother, Durga Oram, told The New Indian Express that Uma wanted to talk to an unnamed relative after lunch. The battery was draining, so she plugged it in to recharge while talking.

Girl, 18, is killed when her smartphone EXPLODES while she was talking on it in India https://t.co/XJgYqboAoL

“The cellphone … was put on charging when she started talking to a relative. Its battery exploded suddenly. Before we could know what exactly happened, Uma fell unconscious. She was declared dead at the hospital,” Durga said.

According to Asian Age, police said the blast killed the teen on site.

“Family members heard a loud sound from a nearby transformer. There could be some electrical malfunction leading to excess current flow which caused the blast. The girl died on the spot due to shock,” said police.

Oram stated that the phone used was a “Nokia 3110 model.” However, based on photos of the damaged phone shared online, some media sources suggest the device looks like a Nokia 5233, released in 2010, reported the Daily Mail.

The New Indian Express reported that family members and locals are demanding compensation from the mobile manufacturer.

Police have reportedly visited the scene to collect witness statements, and Uma’s body has been sent for a postmortem.