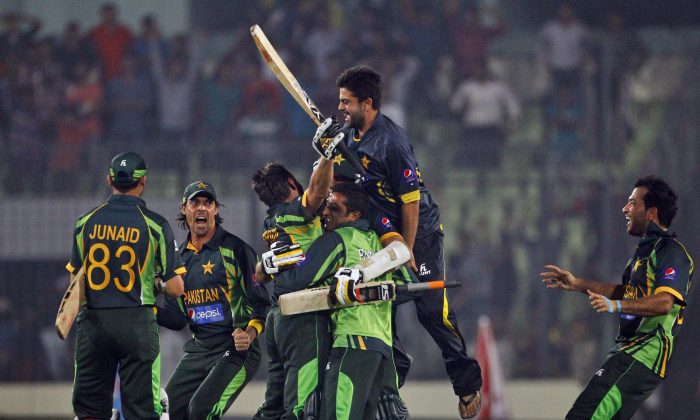 UPDATE: India beat Pakistan by seven wickets to keep its unbeaten record against the rivals in World Cups intact. They also got revenge after losing to Pakistan by one wicket in the Asia Cup less than three weeks ago.

This tournament is packed with heavyweights and India and Pakistan will face tough contests in every match. After this one, Pakistan faces Australia on March 23 while India faces West Indies later that day.

The teams will be playing again at the Shere Bangla National Cricket Stadium in Dhaka, Bangladesh.

The match will be broadcast on Doordarshan in India and STAR Sports in India and the rest of the Indian Sub-Continent (Nepal, Bangladesh, Sri Lanka, Maldives, Bhutan); and Ten Sports in Pakistan.

It will also be shown on Star Cricket in Papua New Guinea, Singapore, Hong Kong, and the Philippines; CSN in Sri Lanka; Lemar TV in Afghanistan; Astro in Malaysia and Brunei; Supersport and SABC in South Africa and Sub Saharan Africa; and OSN Sport Cricket in North Africa and the Middle East.

Viewers in Ireland, England, Wales, and Scotland can watch on SKY Sports; those in the rest of Europe on Eurosport; Norwegian viewers on NRK; Australian viewers on Channel 9; those in New Zealand on SKY TV; Canadian viewers on Sportsnet; Pacific Islanders on Fiji TV; and viewers in the Caribbean, South America, Central America, Mexico, and the United States on ESPN.

See squads for this match below: