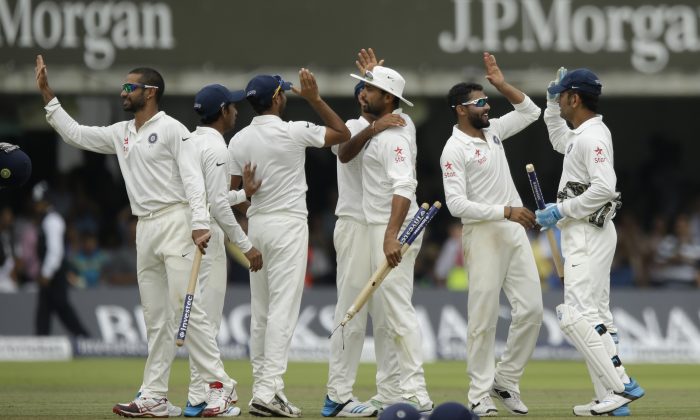 India is now up in the series because the first test ended in a draw.

The third test starts on Sunday, July 27 at The Rose Bowl in Southampton.

After the five test series, the teams will play a 5 ODI series and then one T20 International. The entire series wraps up on Sunday, September 7.

“The way our batsmen played in the 1st innings, Ajinkya played really well in the first innings, that gave us the momentum. Also the way Vijay played, Jaddu and Bhuvi also. Cricket is a great leveller, the way MS bhai (Dhoni) handled the team, the way he keeps on motivating the guys,” Sharma said, reported NDTV.

“I think all these wickets are not for me, it is only for the captain, he told me that you are tall enough, you have to try the bouncer.”

“It is a memorable win for India, not many players have played Test cricket in England, their approach was brilliant, it was a fantastic performance. It was a crucial toss, there was something for the fast bowlers, I think the openers and No. 3, it was not bowled to them, they made the England bowlers bowl to them, you would want the opposition to bowl more than 90 overs, because then even when the tailenders come, the whole batting department is doing really well.

“I think that we learnt from the 2011 series it is important to stay in the game till the third day, because then our spinners can come into the game. That was something that was needed, but we couldn’t in 2011.

“Jadeja has to play just that kind of game, I think the more Test cricket he plays, the more he will become a proper Test batsman. I think his technique is very good, but he is someone who doubts himself more than most. I think we have been cribbing about the lack of quick bowling allrounder, but we have to use the resources we have.”