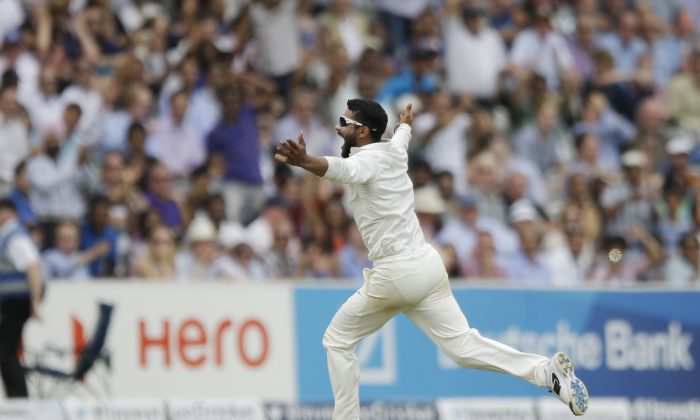 India's Ravindra Jadeja celebrates after running out England's James Anderson to win the test match on the fifth day of the second cricket test match between England and India at Lord's cricket ground in London, Monday, July 21, 2014. India won the match by 95 runs. The International Cricket Commission (ICC) has set next Tuesday as the date for a disciplinary hearing against James Anderson for shoving India's Ravindra Jadeja during the first test. (AP Photo/Matt Dunham)
Sports

India will try to beat England again in the 3rd cricket Test between the teams, which starts on Sunday, July 27.

The Test will be broadcast on STAR Sports in India and Sky Sports in the United Kingdom.

The matches will also be shown on SuperSport in South Africa, PTV Sports in Pakistan, Ten Sports in Sri Lanka, OSN in the Middle East, and Fox Sports in Australia.

India won its first Test at Lord’s since 1986 in the 2nd Test. It won by 95 runs. The win also broke a 15-match drought without an overseas Test win.

The 4th Test will start on August 7 at Old Trafford in Manchester.