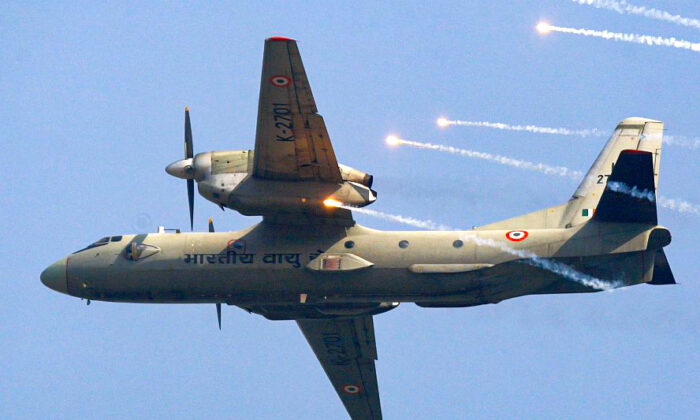 India will station maritime patrol aircraft in Australia amid ongoing concerns of hostility in the Indo-Pacific region, a move that comes as part of a larger package that will see the Australian government commit around AU$280 million (US$209 million) into developing the relationship.

While the Australian prime minister did not express the need for both nations to hold “Russia to account” for the invasion of Ukraine—according to a statement released after the meeting—he instead settled with increased “cooperation between like-minded liberal democracies” in the Indo-Pacific region.

Unlike its fellow Quad nations (the United States, Japan, and Australia), India has been reluctant to condemn Russia for its actions in Ukraine amid extensive ties dating back to the Soviet era, including weapons procurement.

Its membership of the Quad, in fact, has been in response to ongoing aggression from the Chinese Communist Party (CCP), including border clashes between Chinese and Indian troops.

The Australian government has recognised the need to adopt a patient approach to developing relations with India, with free trade negotiations entering the 11th year.

Both governments committed to increased mobility between both countries for workers and students with $20.8 million to support scholarships, fellowships, and grants.

Locally, the Australian government will invest $28.1 million into a Centre for Australia-India Relations to increase engagement with the Indian diaspora in the country, numbering over 700,000.

On the defence front, India will deploy maritime patrol aircraft to Australia and increase cooperation on maritime issues. While the Australian government pledged $11.4 million to improve collaboration on shipping, disaster resilience, and information sharing.

A new high commission will be established in the Maldives as part of investment in the region.

“Our Comprehensive Strategic Partnership, though, reflects the ambition that we share, and we hold for our relationship, and the pace and scale of that cooperation, since we lifted ties back in 2020, has been remarkable,” Prime Minister Morrison said. “But I am ambitious, as I know you are, to make it even closer, particularly when it comes to our economic cooperation, which I hope we’re able to advance further today.”

Prime Minister Modi said there were many additional areas of “practical cooperation” between Australia and India.

“For example, critical minerals, water management, new and renewable energy and technology, COVID-19 related research, and our cooperation has been moving forward at a fast pace in all these areas,” he said.

“I welcome the announcement of the establishment of a Centre of Excellence for Critical and Emerging Technologies in Bangalore. It is essential that we have better cooperation between us in the areas of cyber and critical and emerging technologies. As countries that share similar values, it is our responsibility to adopt appropriate global standards for these emerging technologies.”