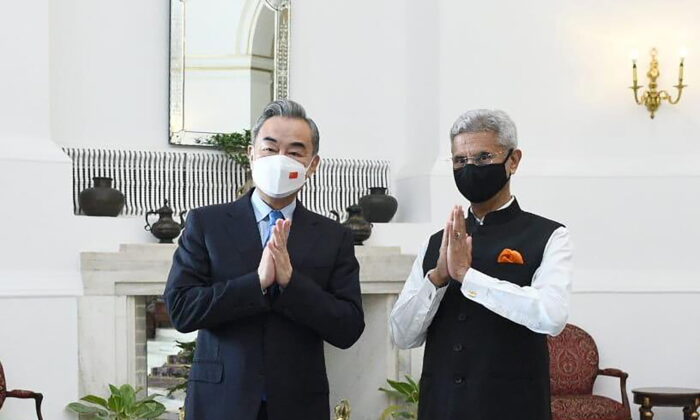 Chinese Foreign Minister Wang Yi met with Jaishankar and the national security adviser in Delhi on Friday, the first high-level visit to India by a Chinese official since the border stand-off in Ladakh happened in June 2020.

Speaking at a press briefing, Jaishankar said that the talks with Wang focused on expediting the disengagement of troops in friction areas and deescalation between the two nations.

He noted that Wang had expressed China’s intention to restore normalcy with India during their discussion, to which Jaishankar responded that normalcy would require the restoration of peace and tranquility on the border.

“I was very honest in my discussions with the Chinese Foreign Minister, especially in conveying our national sentiments on this issue,” Jaishankar said.

“The frictions and tensions that arise from China’s deployments since April 2020 cannot be reconciled with a normal relationship between two neighbors,” he added.

Jaishankar said that India wants a stable relationship with China, but the restoration of normalcy is impossible as long as the border situation remains “abnormal,” with the large deployments of Chinese forces in border areas.

“If we are both committed to improving our ties, then this commitment must find full expression in ongoing disengagement talks,” he remarked.

Both nations have deployed thousands of troops on the high-altitude border since hand-to-hand fights have reportedly killed at least 20 Indian and four Chinese soldiers northern Himalayan region of Ladakh in June 2020.

Talks between senior military officers have made little progress, though there have been 15 rounds of talks between the two countries’ senior commanders.

Beijing has repeatedly said that the border standoff does not represent the entirety of China-India relations, while New Delhi has maintained that peace along the frontier is essential for the two countries to work together.

The two leaders also spoke of their nations’ approaches to tackling Russia’s invasion of Ukraine during their meeting and agreed on the importance of an immediate ceasefire, as well as the return to diplomacy.

Both India and China consider Russia as an ally and have ignored Western calls to condemn Russia’s invasion of Ukraine, which Russia describes as a “special military operation.”