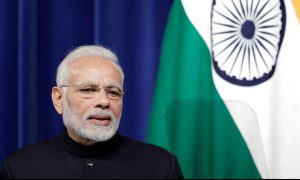 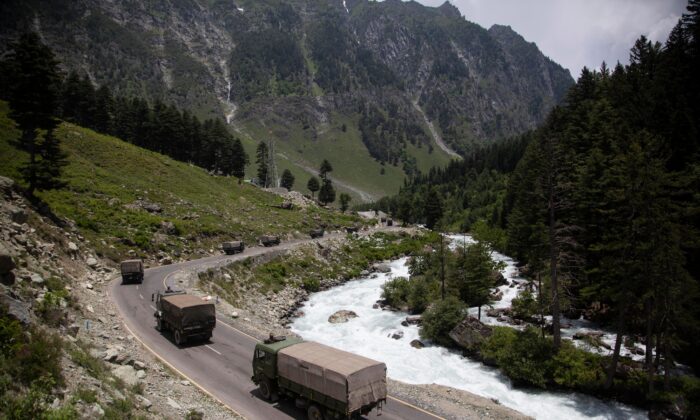 SRINAGAR, India—India said Monday its soldiers thwarted “provocative” movements by China’s military near a disputed border in the Ladakh region months into the rival nations’ deadliest standoff in decades.

Local military commanders from the two countries were meeting along the disputed frontier on Monday to resolve the issues, India’s defense ministry said. It said India was committed to dialogue “but is also equally determined to protect its territorial integrity.”

The statement said China’s People’s Liberation Army on Saturday night “carried out provocative military movements to change the status quo” and “violated the previous consensus arrived at during military and diplomatic engagements” to settle the standoff in the cold-desert region.

“Chinese border troops always act in strict compliance with the Line of Actual Control, and have never crossed the line for any activities,” Zhao told reporters at a daily briefing.

India’s defense ministry issued its statement after a gap of a day and did not give details of the nature of the new incident.

Two Indian security officials said that over two dozen Chinese soldiers walked into Indian-held territory on Saturday night but were blocked by Indian troops and forced to go back.

The officials, speaking on condition of anonymity in line with government regulations, said the incident did not involve a physical clash.

It said the activity took place on the southern bank of Pangong Lake, a glacial lake divided by the de facto frontier between the rivals and where the India-China face-off began in early May on the lake’s northern flank.

“We never had any problem in this place and we hold it pretty strongly,” said Lt. Gen. D.S. Hooda, who served as the Indian military’s northern commander. “After relative calm, China has suddenly opened a fresh, brand new front. It’s a huge provocation.”

India unilaterally declared Ladakh a federal territory and separated it from disputed Kashmir in August 2019, ending its semi-autonomous status and straining the already prickly relationship between New Delhi and Beijing. China was among the countries to strongly condemn the move, raising it at international forums including the UN Security Council.

According to some Indian and Chinese strategic experts, India’s move exacerbated existing tensions with China, leading to the deadly June border clash.

The disputed and undemarcated 3,500-kilometer (2,175-mile) border between India and China, referred to as the Line of Actual Control, stretches from the Ladakh region in the north to the Indian state of Sikkim. The two Asia giants fought a border war in 1962 that also spilled into Ladakh and ended in an uneasy truce. The two countries have been trying to settle their border dispute since the early 1990s, without success.

The ongoing standoff high in the Karakoram mountains is over disputed portions of a pristine landscape that boasts the world’s highest landing strip, a glacier that feeds one of the largest irrigation systems in the world, and a critical link to China’s massive “Belt and Road” infrastructure project.

The face-off began at three places. Soldiers at Pangong Lake ignored repeated verbal warnings, triggering a yelling match, stone-throwing, and even fistfights. By June it escalated and spread north in Depsang and Galwan Valley, where India has built an all-weather military road along the disputed frontier.

On June 15, the troops engaged in a nighttime clash in Galwan that was the deadliest conflict in 45 years between the nuclear-armed rivals.

According to Indian officials, Chinese troops atop a ridge at the mouth of the narrow valley threw stones, punched, and pushed Indian soldiers down the ridge at around 4,500 meters (15,000 feet), leaving 20 Indians dead, including a colonel. China did not report any casualties.

Accusing each other of instigating the violence, both sides pledged to safeguard their territory but also to try to end the standoff that dramatically changed the India-China relationship.

Several rounds of military and diplomatic talks on ending the crisis have been unsuccessful.

In a symbolic move, India banned some Chinese-owned apps, including TikTok, about two weeks after the deadly clash, citing privacy concerns that it said pose a threat to India’s sovereignty and security.

On Saturday, India pulled out of a multinational military exercise organized by Russia in which China and Pakistan, India’s bitter rival, are also participating. India apparently cited the coronavirus pandemic but experts say the decision to pull out from the exercise was because of its raging territorial dispute with Beijing.

“So far, Chinese transgressions were limited to about half a dozen places alone in Ladakh. By opening new fronts, is the whole Line of Actual Control fair game now?” said Hooda, the military expert.