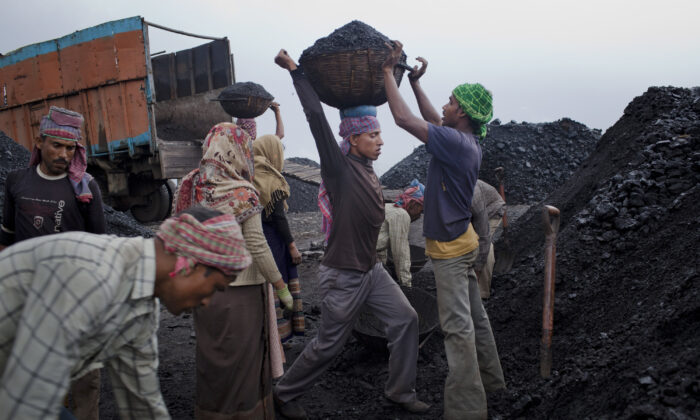 Workers load coal onto a truck at a coal depot near Lad Rymbai, in the district of East Jaintia Hills, India, on April 14, 2011. Daniel Berehulak/Getty Images
India

India’s Andhra Pradesh state has canceled two bids from Adani Enterprises Ltd. for tenders to supply imported coal, due to high prices, despite the company being the sole bidder for one of the tenders, government officials said on April 3.

They claimed that both offers were rejected despite Adani being the sole bidder for the 500,000-ton tender and offered a lower price for the 750,000-ton tender than another bidder, Agarwal Coal.

This would be the first time in recent years that a major government tender for imported coal has been canceled in India because of high costs, according to Reuters. There have been no other reports on the cancellation.

The officials claimed that Andhra Pradesh filed a tender the week of March 28 “for urgent procurement” of 100,000 tons of imported coal, following a 7 percent electricity shortage in the last three days of March.

B. Sreedhar, managing director of Andhra Pradesh Power Generation Corp. Ltd., said the current power shortfall was not as severe as 2021 but added that the state is relying on a “hand-to-mouth existence.”

“We have not been able to build up stocks. Even though coal is available locally because of more mining, transportation is an issue,” Sreedhar told Reuters.

South African coal prices reached a monthly high of $176.50 per ton in January 2022 due to an export embargo in Indonesia, before surging to $441.65 per ton in March as a result of the Russia–Ukraine crisis.

While local utilities have been asked to increase coal imports to meet a domestic shortfall, officials warned that expensive imports might exacerbate the financial burden of state-owned distributors, which owe power generators nearly $15 billion.

According to the sources, Adani aims to build the wind turbine prototype with a manufacturing facility in Mundra to step up production for self-consumption, domestic sales, and exports.