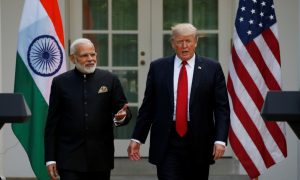 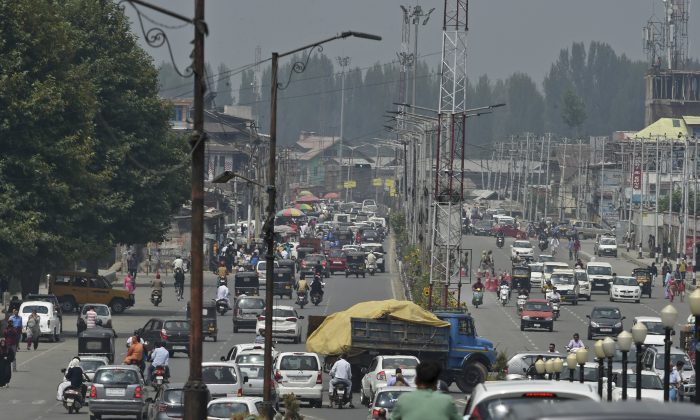 NEW DELHI—India says it plans to hire tens of thousands of government workers in its part of Kashmir after revoking the disputed region’s special constitutional status, under which it had autonomy and outsiders couldn’t buy land or hold private-sector jobs.

Satya Pal Malik, the New Delhi-appointed governor, called it the largest recruitment drive in the region, with officials planning to fill up “50,000 vacancies in various government departments in the next few months.”

At a news conference on Aug. 28 in Srinagar, the main city in Indian-controlled Kashmir, Malik also announced that the government is willing to commit $700 million to help apple farmers. Indian authorities believe the move will expand the region’s economy, to which horticulture, particularly apple orchards, is critical.

Indian officials have characterized their surprise move to strip Kashmir’s special constitutional status as a way to boost its economic potential. They are also planning an international investment summit in the region as India has seen a slowdown in its economy.

Many people in Kashmir believe the loss of special status has nothing to do with the region’s economy and see it as a form of aggression by the Indian government.

India’s government, led by the Hindu-nationalist Bharatiya Janata Party, decided Aug. 5 to downgrade the autonomy of Muslim-majority Kashmir and instituted a security lockdown and communications blackout to avoid violence. Authorities say they have eased some of the restrictions.

For decades, a separatist movement has fought Indian rule in Kashmir, which is split between Pakistan and India and is claimed entirely by both. Some 70,000 people have died in clashes between militants, civilian protesters, and Indian security forces since 1989. Most Kashmiris want either independence or a merger with Pakistan, India’s bitter rival.

Prime Minister Narendra Modi, in his first address to the nation after revoking Kashmir’s special status, said the region now has “the potential to become the biggest tourist destination in the world.”

State data, however, shows Kashmir’s gross domestic product, the value of all goods and services in the state, has risen to an estimated $21.9 billion last year from $16.7 billion in 2012.

By contrast, India is grappling with economic growth that has slowed to a five-year low of 5.8 percent in the quarter from January to March. Declining industrial output and automobile sales have further raised fears of a deeper slowdown in the country.

Malik spoke hours after India’s top court took up legal challenges to the decision to end Kashmir’s special status. The court asked the government to explain its stance.

The Press Trust of India news agency reported that Malik acknowledged at his news conference that Indian paramilitary forces used pellet guns during protests in Kashmir.