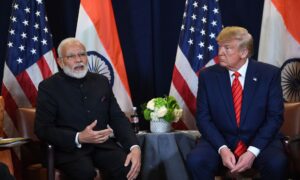 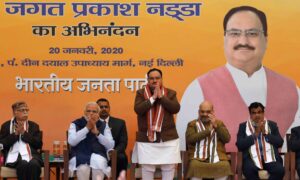 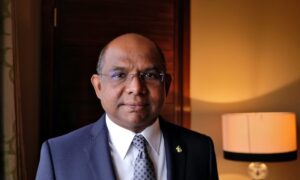 Report on Alleged Chinese Corruption in Maldives Due by June: Minister
0 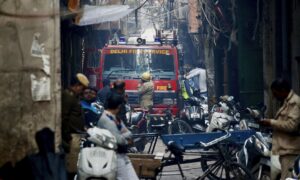 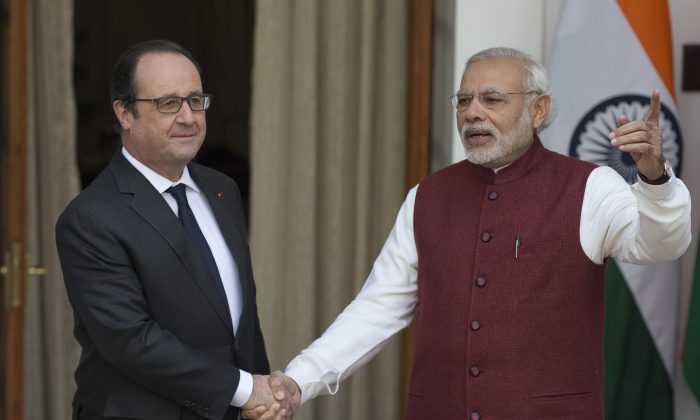 NEW DELHI—India and France said Monday that they are close to sealing a multibillion euro agreement for New Delhi to purchase 36 Rafale fighter jets.

Indian Prime Minister Narendra Modi and French President Francois Hollande made the announcement during a joint news briefing in the Indian capital. Hollande is on a three-day visit to India.

Modi said an agreement between the governments has been reached, but some financial details still need to be sorted out. He said he hoped a commercial agreement will be finalized as soon as possible. Hollande said the final agreement could be achieved in a few days.

Modi announced India’s intention to buy the Rafale jets, manufactured by Dassault Aviation, during a visit to Paris in April, touching off several rounds of negotiations over the price and details such as servicing.

The two sides were expected to sign a final agreement during Hollande’s visit.

Hollande is accompanied by the French ministers of defense, foreign affairs, economy and culture and dozens of top corporate leaders. On Monday officials from the two sides signed over a dozen agreements and issued a joint statement on fighting terrorism.

In the statement, the two countries “strongly condemned the heinous terrorist attacks that have struck many parts of the world recently.”

The French leader arrived Sunday in the northern city of Chandigarh, where Modi joined him and lauded France’s decision to invest $1 billion every year in India in various sectors.

Chandigarh was designed in the 1950s by Swiss-French architect Le Corbusier and is one of three places that France has pledged to help develop as so-called “smart cities” with clean water supplies, efficient sewage disposal and public transportation.

Hollande and French business leaders met with their Indian counterparts to boost bilateral trade, which in 2014 totaled $8.6 billion.

Later Monday, Modi and Hollande rode the Delhi Metro to the suburb of Gurgaon where they laid the foundation stone for the headquarters of the International Solar Allliance.

On Tuesday, Hollande is to be a guest of honor at India’s Republic Day parade, which celebrates 66 years since the country adopted its constitution.