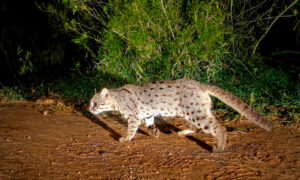 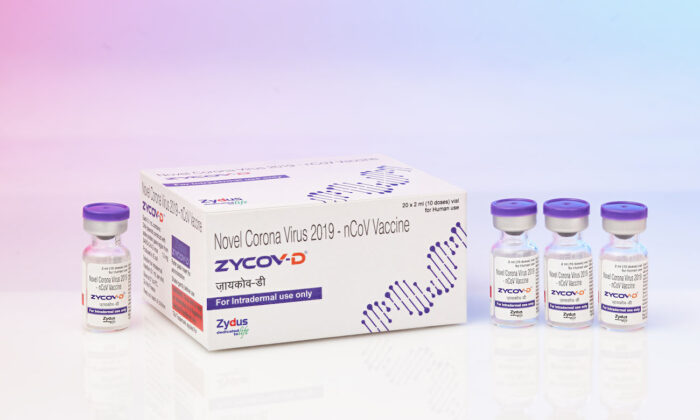 The world’s first plasmid DNA vaccine against COVID-19 has been given emergency authorization by India’s drug regulator for use in those aged 12 and above.

The Drug Controller General of India (DCGI) on Aug. 20 granted emergency use authorization to the vaccine ZyCoV-D, a vaccine produced by India-based drugmaker Zydus Cadila and developed in partnership with India’s Department of Biotechnology.

The authorization makes ZyCoV-D the first vaccine available in India for those aged under 18.

It is administered in three doses 28 days apart, using a needle-free applicator that delivers the vaccine contents painlessly in between the layers of the skin.

The vaccine contains plasmids, or circular pieces of DNA, which carry a section of genetic material from the SARS-CoV-2 virus.

The plasmids instruct human cells to make mRNA, which in turn instructs cells to make proteins that mimic the SARS-CoV-2 virus spike protein. The proteins appear on the surface of the cells, eliciting an immune response in the body, with the goal being to teach the body how to fight the real virus.

“The main advantage of DNA vaccines is their ability to stimulate both the humoral and cellular arms of the adaptive immune system,” the company said in a release (pdf). “They are a valuable form of antigen-specific immunotherapy, as they are safe, stable, and can be easily produced.”

Interim results from phase 3 clinical trials involving more than 28,000 volunteers showed an efficacy rate of 66.6 percent against symptomatic COVID-19 cases, according to a statement via India’s Ministry of Science and Technology.

Zydus Cadila, listed as Cadila Healthcare Ltd, seeks to manufacture 100 million to 120 million doses of ZyCoV-D annually and has begun stockpiling the vaccine. It also plans to seek approval for a two-dose regimen of the vaccine.

The latest authorization makes ZyCoV-D the sixth vaccine authorized for use in India, and the second one developed domestically to get emergency authorization, after Bharat Biotech’s Covaxin.

India has a vaccination program that seeks to have all eligible adults vaccinated by December. According to data from Johns Hopkins University, about nine percent of the population has been fully vaccinated so far.

Indian Prime Minister Narendra Modi praised the latest authorization, writing on Twitter, “India is fighting COVID-19 with full vigour. The approval for world’s first DNA based ‘ZyCov-D’ vaccine of [Zydus Cadila] is a testimony to the innovative zeal of India’s scientists. A momentous feat indeed.”