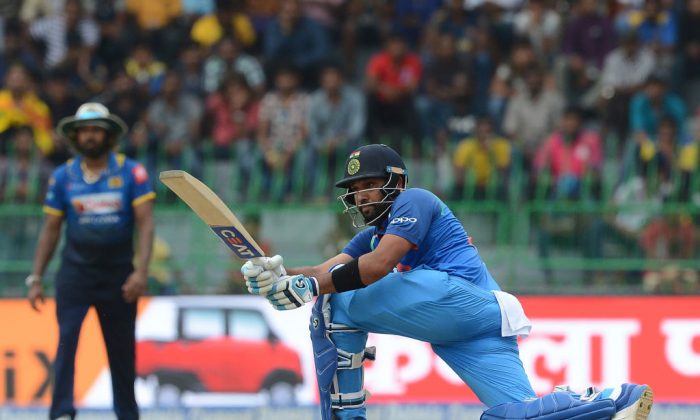 On Dec 17 2017, India won the third ODI against Sri Lanka at Visakhapatnam, India,

to seal the series 2-1. Shikhar Dhawan scored a century off 85 balls, as Sri Lanka valiantly tried to salvage the series with as many as 8 bowlers. Former Sri Lankan captain Upul

Tharanga scored 95 off 82 balls, which included three sixes and twelve boundaries, yet the lack of support from his teammates led the team to a subpar total of 215.

India had chased down their target of 216 for the loss of only 2 wickets, and with a surplus of almost 18 overs to spare. Dhawan, awardee of the Man of the Series, was ably supported by a fifty from newcomer Shreyas Iyer, who was playing his maiden ODI series. The ease at which the Indian batsmen scored stamped their dominance after a tight and impressive bowling display by the Indian bowlers. The outstanding bowler was Kuldeep Yadav, a slow left-arm “chinaman” bowler, who was awarded Man of Match for his tight spells and three important wickets.

This victory ensured that India had scored their eight successive bilateral ODI series victory, despite losing the first match. Following an uncharacteristic batting collapse of the home side in the first ODI, Sri Lanka easily chased down a meagre target of 113 and secured their victory with over 29 overs to spare. In the next game though, the home side bounced back with a reverse of that performance, as they posted one of the highest ODI totals this year, courtesy skipper Rohit Sharma’s third ODI double century.

With the series tied at 1-1, both teams had much to play in this third and final match. The competing countries also had leaders who were playing in their debut series as captain. Rohit Sharma was leading the side in place of regular India captain Virat Kohli, who had taken leave to get married to Bollywood actress, Anushka Sharma. Meanwhile, Sri Lanka Cricket released Tharanga of captaincy after a string of losses, and passed the baton of leadership for the limited over sides to Thisara Perera.

Many of the Sri Lankan players will stay in India to contest a bilateral series of three T20I matches against the host team. The matches are scheduled for December 20, 22, and 24 2017, at Cuttack, Indore, and Mumbai respectively.