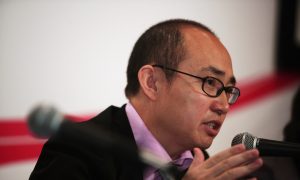 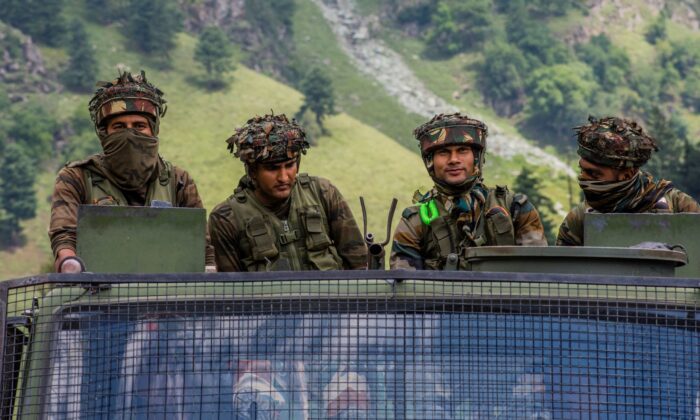 India Can No Longer Have Peaceful Co-existence With China

In highlighting concerns over India’s ties with China, India’s Minister of External Affairs Dr. S. Jaishankar stated: “The [India-China] relationship is going through a very difficult phase … I can’t have friction, coercion, intimidation and bloodshed on the border and then say let’s have a good relationship in other domains.” This very statement brings into perspective the fact that “all is not normal”—the border and the ties remain tense.

With June 15 marking the first anniversary of the Galwan Valley clash in Eastern Ladakh, the tensions at the border between India and China remain far from being settled. Galwan changed the status quo at the Line of Actual Control—with the first combat fatalities since the 1975 Tulung La incident, and one of the biggest military confrontations since the 1986–87 Sumdorong Chu stand-off. This has resurfaced the fears of a conflict between the two nuclear-armed neighbors since the 1962 War. While the border boasted of “no firing,” the casualties at Galwan threw a spanner in the works. While eleven rounds of military-level talks did pave the way for disengagement, de-escalation is yet to happen.

Under these circumstances, India remains on high alert at the LAC, as China creates new differences along the old border. In contextualizing China’s stints amidst the pandemic, one can rightly state that while Beijing’s diplomats acted as “Wolf Warriors” in defending the China story of the Wuhan epidemic, the People’s Liberation Army (PLA) projected China’s expansionist designs along the LAC. The big question is: how sustainable is the temporary peace at the India-China border? While the border boasted of “peace” under the rubric of the Panchsheel Treaty—the five principles of peaceful co-existence—the Eastern Ladakh Crisis acted as the litmus test to the so-called “peace.”

Undeniably, the LAC has become the new test bed of China’s salami slicing strategy. While China’s strategy did achieve success to claim the ‘nine-dash lines’ in the South China Sea, Beijing’s testing of New Delhi’s resolve on land has met with failure. For China’s stint in Doklam in 2017 to that of recurrent incidents of transgressions along the LAC have met with a strong resistance from India. This proves that China is not the only tiger on the Himalayan mountain.

In reviewing the one year to Galwan clash, four perspectives can be drawn. First, China’s assertive behavior has plunged the India-China ties to the lowest. Second, China’s actions have transformed the border into being volatile—making it a regional flashpoint. Third, China’s intentions are not benign as its actions exhibit an expansionist design. Fourth, China seeks no resolution of the border with India. With China changing the status quo at the LAC, the very dimension of “peaceful co-existence” has changed into “confrontational co-existence” for India.

Two factors contribute to the dispute: the divergence over the McMahon Line between India and China; and second, the dilemma over the LAC, which remains neither delineated on the map or demarcated on the ground. But what complicates the resolution is China’s dichotomous border policy with respect to India. On the issue of the McMahon Line with India, China rejects both the 1914 Simla Convention as well as the Watershed Principle. However, Beijing has accepted the same parameters in resolving its border with Myanmar and Nepal respectively. What explains China’s selective approach is its sensitivity to the strategic significance of the border. Wherein, the border with India serves China’s strategic interests: the eastern sector is significant due to the Tibet factor and the western sector is strategically important as it connects Xinjiang to Tibet—the two restive regions that weigh heavy on China’s security calculus. Under this dichotomy, the Chinese attitude on the resolution of the border lies in seeking concessions from India and not otherwise. If not by India’s will, then by force under China’s expansionist posture.

What also testifies the severity of the border are three critical aspects. First, 22 rounds of special representative talks have failed to reach a resolution—highlighting the fragility involved. Second, increasing incidents of friction in areas along the LAC–such as Trig Heights, Pangong Tso Lake (north and south banks), Chumar, Demchok, Depsang Valley, Samarlungpa in the western sector, and in Arunachal Pradesh at Asaphila, Longju, Sumdorong Chu, Namka Chu, and Yangstse–exemplify the increased intensity. This has been added with areas such as Sikkim and Himachal Pradesh that remain comparatively less disputed and are exhibiting signs of military muscle flexing. And third, the heavy deployment of forces added with infrastructure activities have spiraled the security dilemma. Therefore, with peace and tranquility remain disturbed, these factors have further heightened the unwarranted risks of a conflict at the border between India and China.

Therefore, as China walks by design at the LAC, stability at the border is becoming distinctly worse off as exposed by the Eastern Ladakh stand-off. Wherein, even the COVID-19 pandemic has failed to tone down China’s behavior at the border. With high stakes involved and no resolution reached, the crisis met with cold peace is far from being over. Hence, with Eastern Ladakh being a reality check for India, it is only a wishful thinking to suggest that India will have a peaceful co-existence with China.

Dr. Amrita Jash is research fellow at the Centre for Land Warfare Studies, New Delhi. She has been a Pavate Fellow at the Department of POLIS, University of Cambridge. She holds a Ph.D. in Chinese studies from Jawaharlal Nehru University and authored the book “The Concept of Active Defence in China’s Military Strategy” (Pentagon Press, 2021). She can be reached on Twitter @amritajash