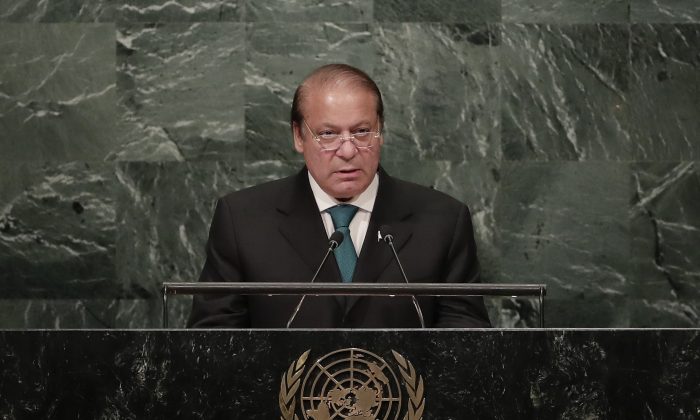 UNITED NATIONS—India has branded Pakistan a “terrorist state” in a stinging response to Pakistan’s criticism of Indian suppression of protests in disputed Kashmir.

India exercised its right of reply in the U.N. General Assembly late Wednesday. It was responding to Pakistan’s Prime Minister Nawaz Sharif who had demanded a U.N. probe into “brutalities” by Indian forces.

Indian diplomat Eenam Gambhir described that as a “hypocritical sermon.”

She blamed Pakistan for a rebel attack Sunday that killed 18 Indian soldiers in Kashmir, the deadliest attack on a military base there for years.

She said: “What we see in Pakistan is a terrorist state, which channelizes billions of dollars, much of it diverted from international aid, to training, financing and supporting terrorist groups as militant proxies against it neighbors.”