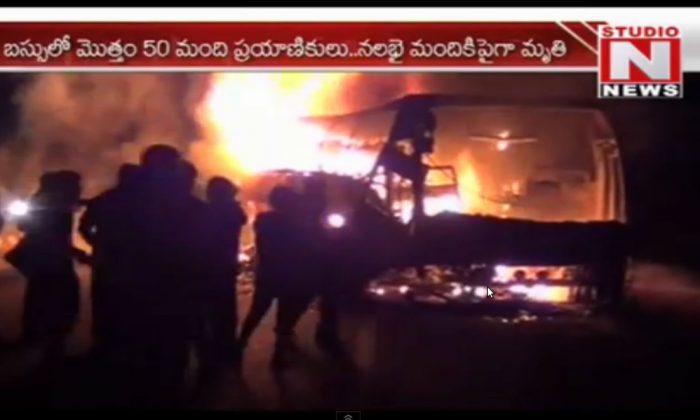 The fire was shown on local Indian media (Screenshot/YouTube)
India

At least 30 people were killed in a bus crash in the Mahbubnagar district of Andhra Pradesh in India. Reports said the bus hit a fuel tanker before it exploded.

The privately owned Volvo bus hit an oil tanker on the Bangalore-Hyderabad national highway before it caught on fire, reported the Times of India.

The bus had around 43 passengers on board.

Some passengers were able to escape the bus fire by breaking windows.

Most of the passengers were from Hyderabad.