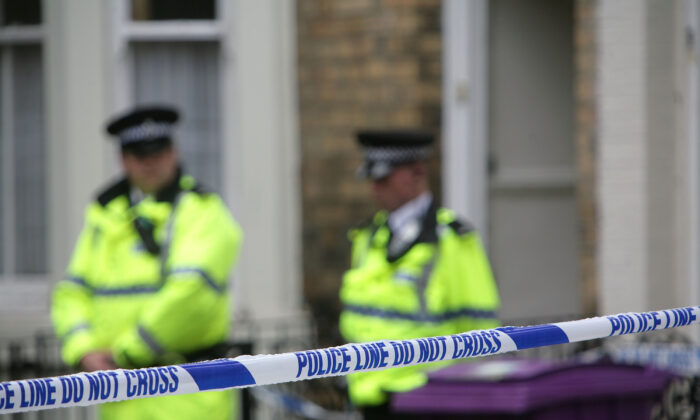 India and Pakistan Issue Condemnations Over Hindu–Muslim Unrest in Leicester

Both the Indian and Pakistani governments have condemned the violence between the Hindu and Muslim communities in the English city of Leicester, but their statements presented very different versions of events.

Leicester, known for its ethnic diversity, has seen serious incidents of disorder following India’s victory over Pakistan in an Asia Cup cricket match on Aug. 28.

Groups of men from the Hindu and Muslim communities, mostly masked or hooded, have been seen in tense confrontations and stand-offs on the city’s streets.

Amid the “serious disorder” last weekend, 47 people were arrested and 25 police officers and a police dog were injured, said Leicestershire Police, adding that some of those detained were from Birmingham.

Amos Noronha, 20, of Illingworth Road, Leicester, was jailed for 10 months after admitting possession of an offensive weapon in connection with the trouble.

The Indian government said the Indian community and its Hindu religion had been under attack in Leicester.

In a statement, the Indian Ministry of External Affairs said: “We strongly condemn the violence perpetrated against the Indian community in Leicester and vandalisation of premises and symbols of Hindu religion.

“We have strongly taken up this matter with the UK authorities and have sought immediate action against those involved in these attacks. We call on the authorities to provide protection to the affected people.”

But Pakistan claimed that the Muslim community in Leicester had been suffering from Islamophobia.

The Pakistan High Commission in London said in a statement: “We strongly condemn the campaign of violence and intimidation that has been unleashed against the Muslims of the area. This is not the first time such Islamophobic incidents have been reported in Leicester.”

The High Commission said it had “full confidence” that the UK authorities would deal with those responsible and called on all communities to “refrain from actions that inflame religious sentiment and undermine societal harmony.”

Claudia Webbe, the MP for Leicester East, said tensions in the city have been simmering for a long time.

She said constituents had told her “tensions in the community may be more long-standing and not narrowly related to the India v Pakistan” match, pre-dating that flashpoint by “several months.”

Jonathan Ashworth, Labour MP for Leicester South, called the recent troubles a “dark episode” in a city where he and residents “rightly pride ourselves on celebrating our diversity.”

He said, “Attempts to sow division including by those with extremist views will fail and are totally condemned across Leicester.”