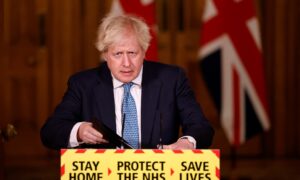 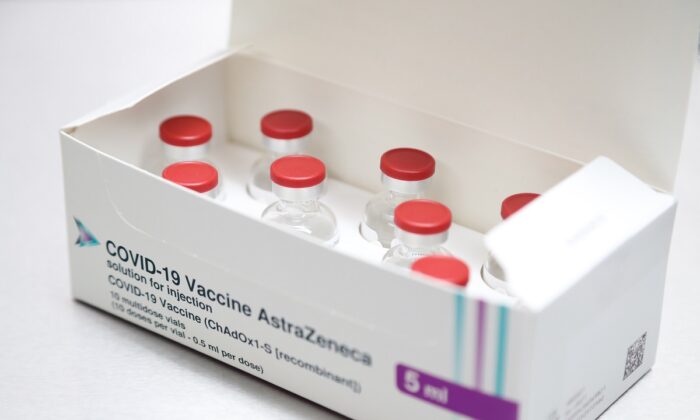 A box of AstraZeneca/Oxford Covid-19 vaccine vials are pictured at the Pontcae Medical Practice in Merthyr Tydfil in south Wales on Jan. 4, 2021. (Geoff Caddick/AFP via Getty Images)
India

Despite Bolsonaro Objection, China in Running to Provide Vaccine to Brazil

NEW DELHI—Competing Brazilian politicians have ended up inviting both China’s Sinovac and India’s Serum Institute for COVID-19 vaccines amid delays in the production of Brazil’s own vaccine.

Meanwhile, the country’s private clinics have turned to another Indian vaccine producer, Bharat Biotech, for 5 million doses of its COVID-19 vaccine called Covaxin.

Brazil has the third-highest cases of CCP virus, but, despite having the capacity to produce the vaccine, the country’s administration couldn’t achieve the timely production of a home-made vaccine.

President Jair Bolsonaro’s rival and contender in the 2022 presidential race, the governor of Sao Paulo, Joao Doria, invited China’s Sinovac to supply its Coronavac vaccine for the 44 million residents of his province.

Coronavac, whose acquisition cost Doria $360 million (1.93 billion reals) was at the phase three trials at Sao Paulo’s Butantan Institute and was cleared by the National Health Surveillance Agency (Anvisa), the country’s drug authority.

The administration of Coronavac will kickstart on Jan. 25 in Sao Paulo and the first group that will be vaccinated on that day will be health care workers, indigenous people, and the quilombo communities, reported The Rio Times. The quilombolas are the descendants of the Afro-Brazilian slaves.

The trial of Coronavac was earlier temporarily halted due to a “serious adverse incident” involving suicide by a clinical trial volunteer on Oct. 29. The incident was later found unrelated to the vaccine, and the trial was resumed, according to CNN reports.

Bolsonaro rejected Doria’s proposal to import the Chinese vaccine right from the beginning. “The Brazilian people will not be anyone’s guinea pig,” Bolsonaro had said on social media channels.

Bolsonaro and Doria have had an adversarial relationship since the start of the pandemic, with each taking opposite stances regarding stay-at-home recommendations and restrictions on activity.

The Brazilian President had instead pinned his hopes on the inhouse production of the Astra Zeneca vaccine, which was also undergoing phase three trials in the country’s Fiocruz Institute controlled by the federal government.

But because the trials started late, everything from approval to procurement was delayed and the country decided to import Covishield made by India’s Serum Institute. Covishield is the Indian version of the Oxford-AstraZeneca COVID-19 vaccine.

Bolsonaro’s opposition of Sinovac however didn’t prevent Doria from sending it for domestic clinical trials. After the Chinese vaccine was successful in the trials, Doria sent it to Anvisa for approval.

“I hope that Anvisa maintains its independence, its autonomy, for the sake of science and life, and that at no time takes into account any type of ideological or other types of pressure” that prevents or delays its approval, said Doria while pointing at Bolsonaro, reported the Latin America Herald Tribune.

The new year saw a deadly rise in the CCP virus cases as year-end holidays saw a record of 87,843 new cases, and this pushed Brazil to turn to India.

“Early treatment saves lives. The emergency vaccine (after being certified by the @anvisa_oficial), and not mandatory, is on the way,” Bolsonaro said in a message on Twitter in Portuguese on Jan. 4.

Meanwhile, Anvisa met with Laboratory Precisa Farmacêutica Ltd, a representative of Bharat Biotech in Brazil, to discuss authorization of the Indian vaccine for emergency use and its registration, according to an official release by Brazil’s Ministry of Health on Jan. 4.

Bharat Biotec is also in talks with the Brazilian Association of Vaccine Clinics (ABCVAC) that represents 70 percent of the country’s private market and that wants five million doses of Bharat Biotech’s Covaxin.

The president of ABCVAC Geraldo Barbosa and members of the board of directors of the association traveled to India and signed a memorandum of understanding with the Indian producer, according to a release by the association.

Covaxin is expected to be launched in the market in February and will arrive in Brazil’s private market by mid-March after passing regulatory procedures by Anvisa.

“Initially the news was that Brazilian private clinics would not have doses available, but with the entry of this new player into the market, we had the opportunity to negotiate. We are very happy to have the real chance to contribute to the government in vaccination coverage, using supplementary health to relieve public spending,” Barbosa said in the release.