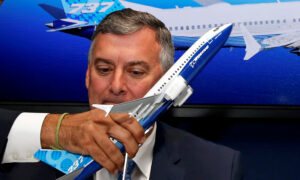 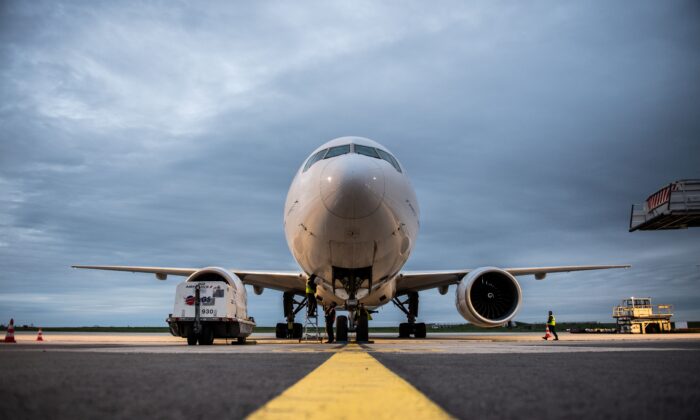 A panel of government flight-safety experts concluded that Boeing Co.’s redesign of its grounded 737 Max jetliner complies with regulations and is “safe,” according to an update to U.S. lawmakers.

The Technical Advisory Board, created after Boeing’s best-selling jet was grounded in March following two fatal crashes, has presented its preliminary report to the Federal Aviation Administration, the agency told Congress on Nov. 8.

“The TAB presented its preliminary report to the FAA, detailing their finding that the MCAS design changes are compliant with the regulations and safe,” according to the summary for lawmakers.

The TAB was set up shortly after the second fatal crash linked to a flight-safety system that malfunctioned. The crashes, in Indonesia and Ethiopia, killed 346 people.

It is designed to act as an independent body to review Boeing’s redesign of the plane before it returns to service. It’s made up of aviation experts from the U.S. Air Force, the Volpe National Transportation Systems Center, NASA, and FAA.

Boeing has said it expects the FAA to certify the plane before the end of the year. It must also be approved by other regulators around the world.

The FAA’s update to Congress is the first public indication of the TAB’s findings.

“The TAB identified several items that need to be completed prior to return to service, including final data submittals and document revisions,” the FAA said in its summary to Congress. The items weren’t identified in the FAA document.

In its summary to Congress, the FAA said it is still in the process of determining how much training pilots on the plane will need before it returns to service. An FAA pilot group, as well as a Joint Operations Evaluation Board, made up of representatives from the FAA, Europe, Brazil, and Canada,  will evaluate the need for training, according to the summary to lawmakers.