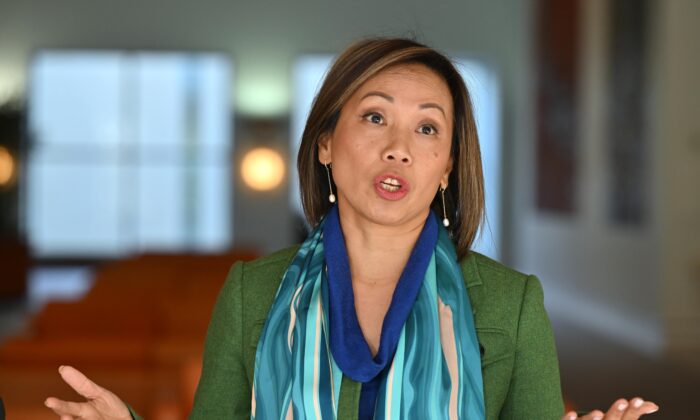 An Independent MP has revealed why she abstained from voting on the Climate Change Bill, saying it lacks details and doesn’t explain the economic impact on low-income communities.

It comes as the Climate Change Bill passed through parliament, 89 votes to 55, within one week after it was first introduced.

Dai Le, who defeated high-profile Labor Senator Kristina Keneally to claim the Western Sydney seat of Fowler, tweeted on August 3 that she abstained from voting because she “can’t justify voting yes on a bill that’s been rushed through parliament.”

Le said parliamentarians need to make “informed and educated choices,” which means understanding the consequences of the bill.

The Vietnam-born MP added that while she supports a cleaner and greener environment, she considers economic relief, not the current Climate Change bill, to be an emergency.

“Right now, Australian families have a real emergency, and we need to focus on low-income families who are struggling with high food, fuel and energy prices,” she said.

“In my electorate, the average household income is 20 percent less than the rest of Australia; we need solutions now.”

Will the Push for Net-Zero Benefit Low-Income Communities?

The Bill seeks to fulfil Labor’s election pledge to rewire the energy grid so that it is predominantly supported by renewable energy sources such as solar and wind, as well as to grow the uptake of electric cars.

However, a media spokesperson for Dai Le told The Epoch Times that while there are incentives for renewable energy in principle, in practice, “it does take a lot of considering when implementing something like this.”

For example, the shift to renewables means low-income communities like Western Sydney will find it difficult to adapt, she said.

“With solar rebates, a lot of people in our community are renters. So there’s no incentive for landlords to even put solar panels on houses for renters. How do we address that?” the spokesperson said.

He said western Sydney was a huge manufacturing base that political leaders should nurture into a hub for electric vehicle making—rather than importing cars that will need two years to arrive in Australia.

“Those two things don’t really trickle down to everyday Australians.”

Currently, 64 percent of Australia’s energy grid is powered by coal-fired generation, while the country has a 60 percent supply of the world’s lithium.