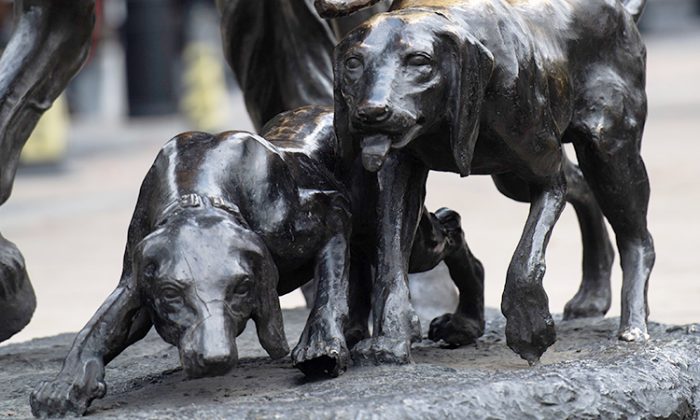 When Philippines resident Sandra Pineda’s father first saw a picture of the xoloitzcuintle, an incredibly rare Mexican-originated breed of dog, he was immediately in  love.

The family searched far and wide for a breeder that could sell them a xoloitzcuintle, which are incredibly rare on the East Pacific island. They ended up with Piper, who arrived with her new family at just 8 weeks old—but little did they realize that a photo of their precious new pup would catapult the family to internet fame.

Am I pretty? The only correct answer is yes.

The reason? Thanks to a unique lack of fur for the North American breed, people thought the photo was of a statue!

The xoloitzcuintle is also known as the Mexican hairless dog, and is common in its native country but incredibly rare around the world. Characterized with incredibly sparse or completely absent hair and a condition known as oligodontia, which causes the dog to lose at least six teeth over the course of its life, the pups are certainly a fascinating specimen.

For the Pineda family, though, it was well worth the effort to find one near them.

“We came across pictures of a xoloitzcuintle and my dad got so excited because he’s always wanted a dog like that,” Pineda said, per Caters News Agency. “We did our research and found a reputable breeder who had puppies available.”

Piper immediately stands out next to her adoptive four-legged sibling Riley, who has a full coat of black-and-white-tipped fur:

The shiny surface of her skin compared to most dogs’ coats and her coloring truly make her look like a metal statue, which people immediately pointed out as pictures of Piper started to circulate the web. For Pineda and her family, the comments are hilarious—but they aren’t too hurt when people don’t really appreciate the beauty behind the unique pooch.

“At first, I thought it was a joke, but then realized they were serious,” she said. “They just couldn’t believe that she was a real dog.”

“I guess I’m so used to her I don’t see it as much as other people, but my friends and family told me they can definitely see it. It’s actually really flattering to think that my beautiful dog could be mistaken for a piece of art.”

While her hairless pooch may turn some heads, though, Pineda brought up a pretty great point about one of the unexpected benefits of having a dog like hers.

“I also really like the fact that she’s hairless, it’s very easy to deal with,” she said, pointing out that the dog only needs to be moisturized. “We use a mild dog shampoo on her, and after baths, she gets lathered up in virgin coconut oil to keep her skin moisturized and shiny.”

Piper is sort of a dork #NakeyPiper #xoloitzcuintli